The AppProjection plugin has evolved with support for adaptive grid, complex-shaped masks, blend maps and C++ API. Configuration of nonlinear image warping and edge blending for multi-projector setups has become an easier task.

You can see the updated AppProjection in action in 3-channel flight simulator demonstrated at I/ITSEC 2017 in Orlando, USA.

The interface of Projection Configurator has transformed and became more convenient, all settings are now displayed on different tabs.

Current projection configuration can be saved to a *.proj file.

After a huge revamp introduced in the previous release the Syncker plugin continues to evolve. Syncker options can now be changed via the Plugins tab of the system menu, displayed when the Esc button is pressed.

Introducing new GUI view configuration for Syncker, making it possible to set up projections remotely on a Slave computer.

You can create any setup for your project by adding and adjusting views to be displayed by the Master and Slaves. For each view you can use a display or projector. After creating views you can set up required image warping and edge blending parameters for each of them. All changes are transferred over the network and applied automatically.

To configure projections on the Master or a Slave, open the system menu by pressing Esc, go to Plugins tab and enable Show projections configuration option. 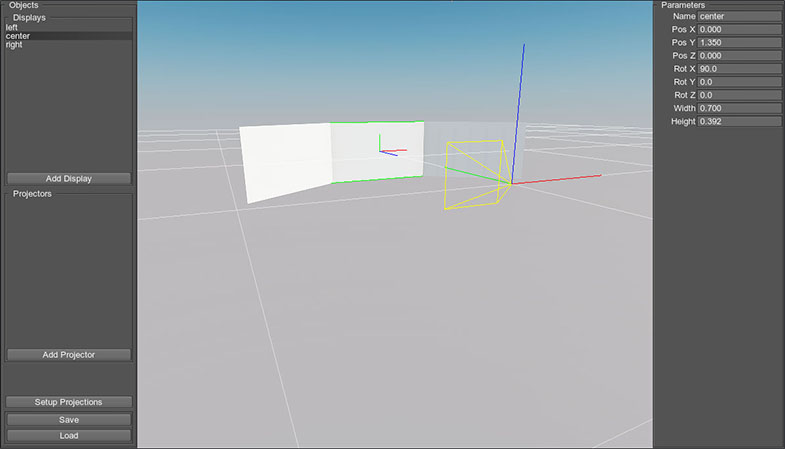 For more information on setting up view configuration for Syncker please refer to the Configuring Projections for Syncker article.

Improved Generation of Grass and Clutters

Generation of ObjectGrass, ObjectMeshClutter and WorldClutter objects has improved, with the use of multithreading and other performance optimizations. Overall performance has increased significantly. Now it is possible to modify grass and clutters at runtime (cut trees and stamp the grass flat) via API. 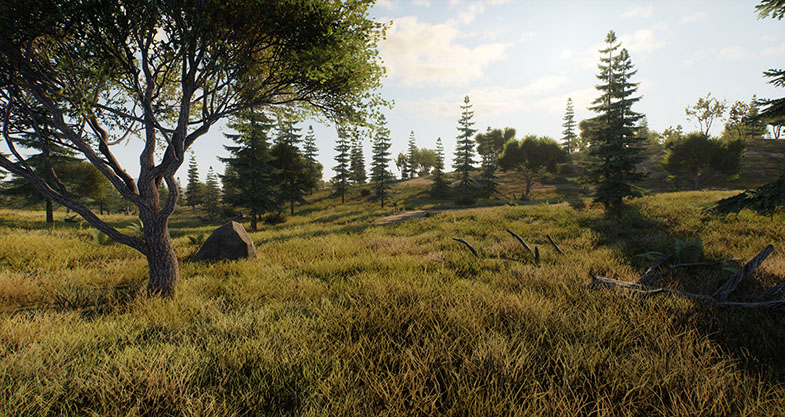 The evolution of the Landscape Tool brings a number of new features and improvements.

Terrain generation is a complex task and may require a substantial amount of time depending on the area size and data resolution. Landscape Tool now enables you to use the advantages of distributed computing in the process of terrain generation. Generation time for large terrains can be significantly reduced, as the performance increases linearly for certain tasks. 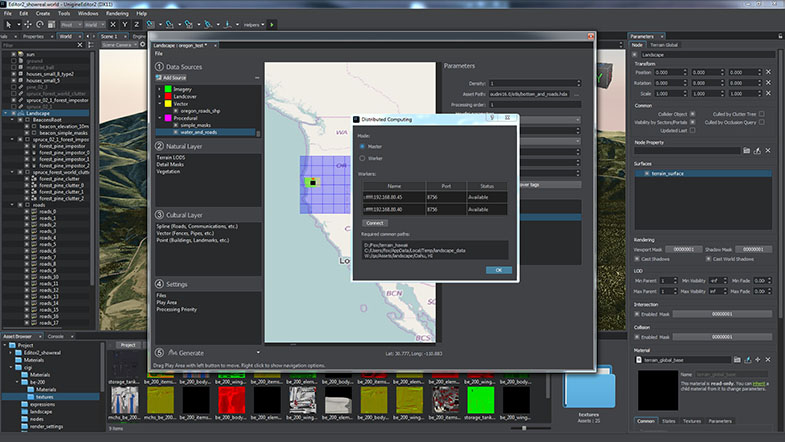 Roads generation has also become better. Terrain heights and masks can be adjusted for generated roads to provide better alignment and prevent vegetation from growing on the roads. This can be done in one click by simply selecting the Adjust terrain masks and heights option when setting up road generation parameters. 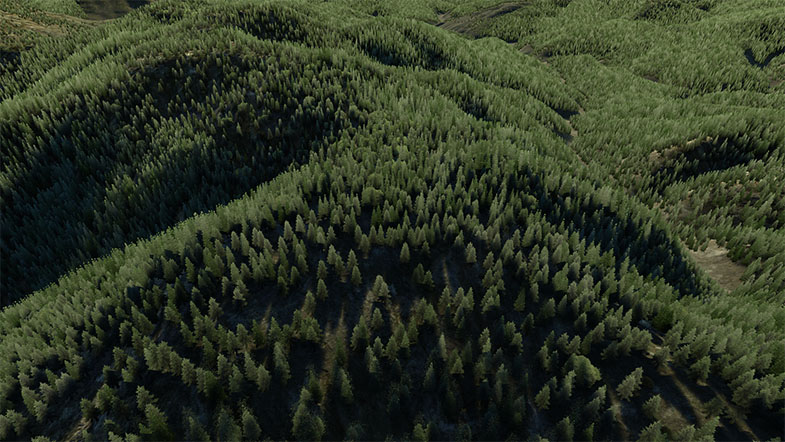 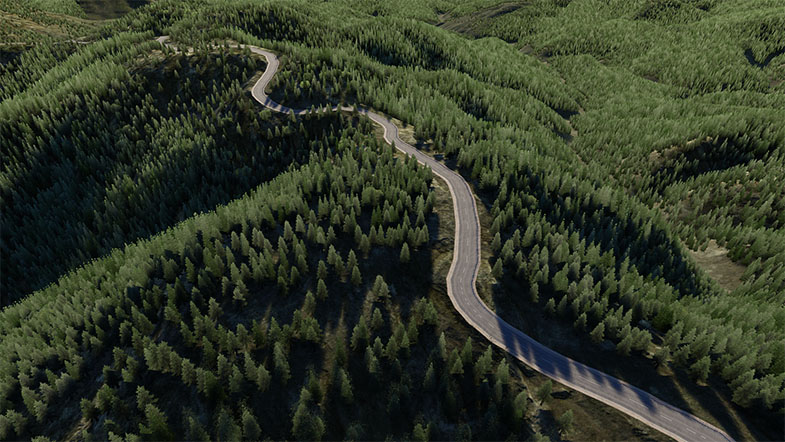 We continue our work on improving the new UnigineEditor 2 to make it even more convenient and powerful tool. The following improvements were made for this release:

This is the last release with Editor1 support, it is considered obsolete and will be removed in the next release. The following fixes were made for the old Editor: 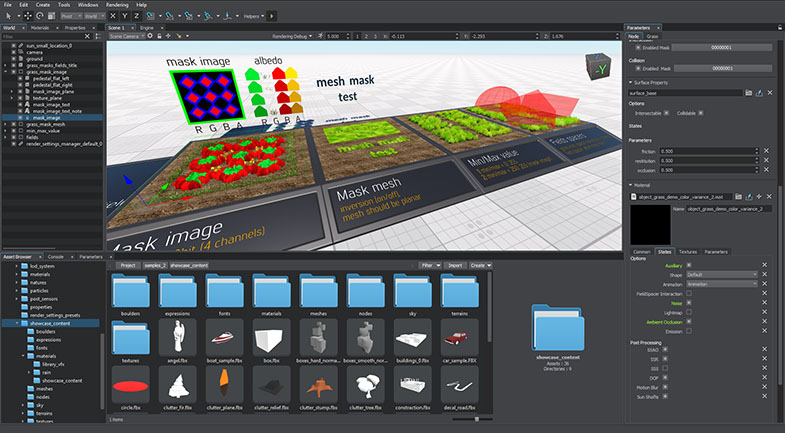 Improved the billboards_base material, now it is possible to use billboards to simulate various types of specialized lights. The list of key improvements includes the following: 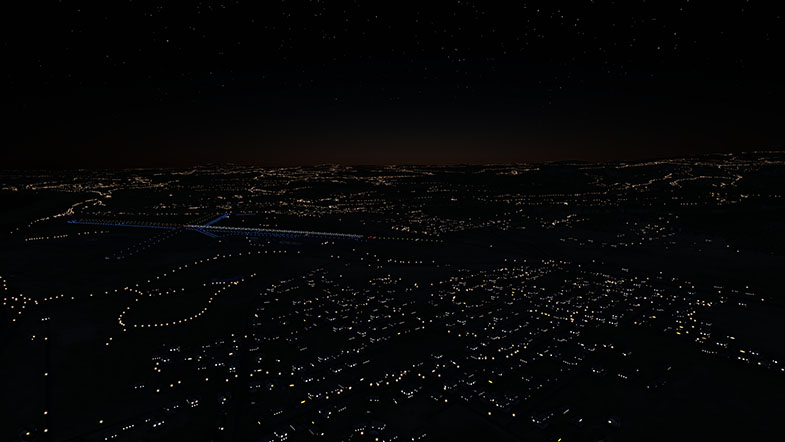 Running your project via the SDK Browser with the Editor loaded has changed.

Clicking Edit Content will only launch the Editor, you will have to load the world manually via the console or via the File -> Open World in the main menu of the UnigineEditor. 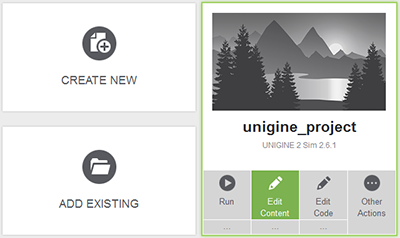 UNIGINE 2.6: Editor2, Improved Multi-Channel Rendering, Procedural Landscape Generation, VR Template
We use cookies to ensure that we give you the best experience on our website. Click here for more information.
Got it