Landscape tool (added in UNIGINE 2.3) is under very active development and here are the current improvements.

Landscape generation is upto 4x faster now. For instance, a 30x50 km map of Moscow with 0.15 meters/px resolution now takes ~1 hour, instead of ~4 hours it used to take in 2.3 release (on the very same hardware, of course).

RAM requirements are now much smaller, letting you generate huge areas with only a few gigabytes of RAM installed. For instance, we were able to succesfully generate the entire China landscape (that's about 10 million square km!) on a machine with just 8 GB of RAM. 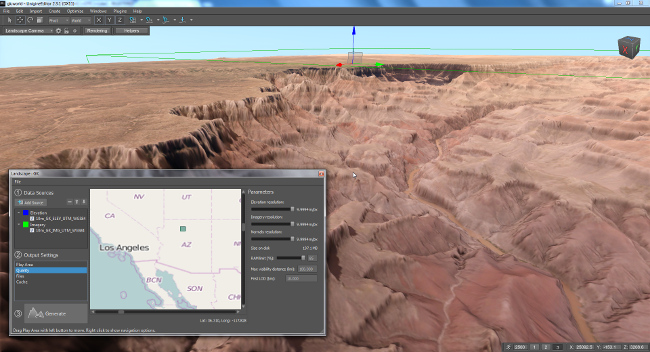 Compute shaders were actually internally used in UNIGINE for a while, and starting with 2.3.1, there now is a public API for them. You can now off-load different CPU-heavy calculations (like fluid dynamics, particles, advanced physics post-effects, etc) to GPU. That yields huge performance jumps, thanks to fast parallel GPU calculations.

We provide a sample that uses compute shaders to calculate that target positions and velocities of more than 1 million particles using the GPU, and then renders them, all that with exceptional performance. The target particle positions are taken from mesh files.

A new StructuredBuffer API object lets you transfer the data between CPU and GPU, in both directions. For instance, you now can push huge amounts of data from your program to the GPU, run some GPU-side calculation over that data, and fetch the results back to CPU side, all that without using textures.

From now on, an array of lights, particles or any custom data can be sent to the GPU via the structured buffers.

Also, it is possible to use RW (RGBA8) and W (any format) textures to pass the data to GPU.

Our DXT compression now also runs on the GPU (using exactly the aforementioned GPGPU functionality), and that's orders (yes, plural) of magnitude faster than compressing on CPU. That is available via the API and already utilized in the new Landscape tool. 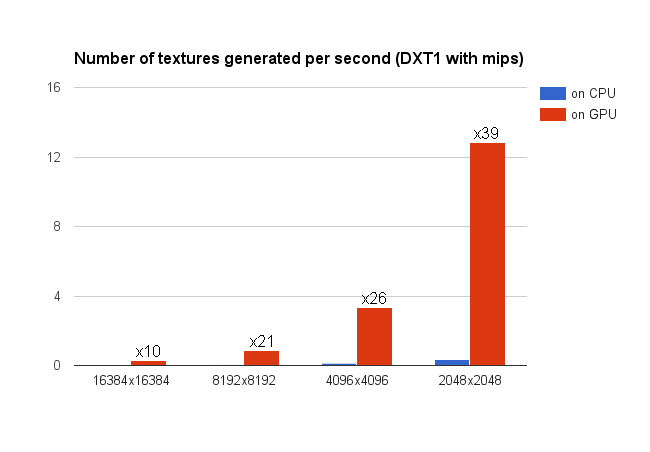 Our rendering improvements focus on extending the supported GPUs lineup, while keeping final image quality comparable across them. That lets you run Unigine-based applications of very different GPU series, and even generations. 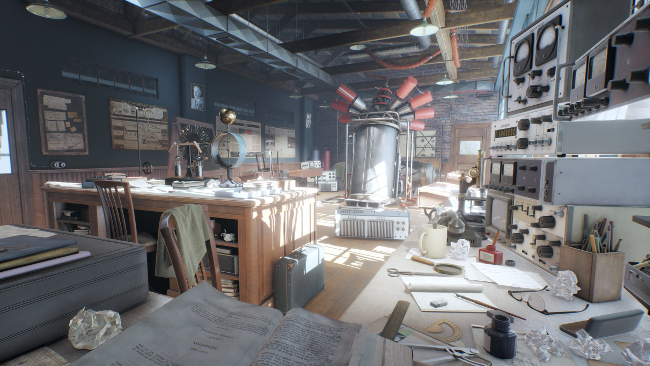 So in this release, we made these:

The new Tank demo brings a realistic model of a tank, with an interactive mode where you can drive the tank and blow up targets.

The demo is implemented using the C++ API.

The demo (together with its source code) can be found in the Demos section of Unigine SDK Browser.

Other Improvements and Bugfixes

Chinese documentation got a huge update, and now it covers almost everything.

Updates to English documentation include: