The new system allows realistic atmosphere rendering for civil and military aircrafts, ranging from helicopters and gliders all the way up to supersonic jet fighters and hypersonic UAVs.

The system is implemented by multiple ObjectCloudLayer objects, which replace the old ObjectSky.

FieldWeather object makes it possible to create local storms or clouds having their own coverage texture as well as to control their movement. This object specifies location of local cloud coverage areas within cloud layers. An unlimited number of FieldWeather objects is allowed, as their performance impact is negligible. 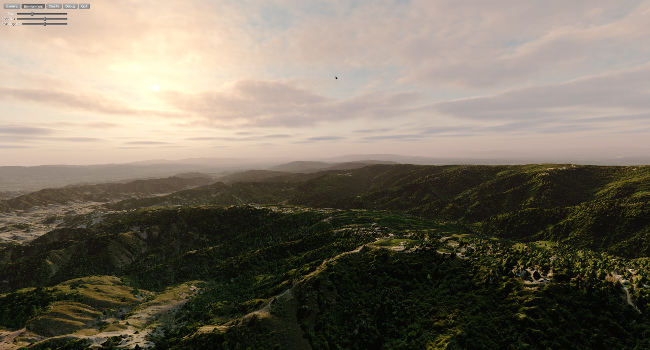 This type of terrain is especially efficient for flight simulators: most of the time the plane remains at a very high altitude and the low-resolution data is sufficient. High-resolution data is necessary only around landing and take-off areas. While the new terrain system was designed with simulation industry requirements in mind, it would be also useful for GIS applications and large-scale games. 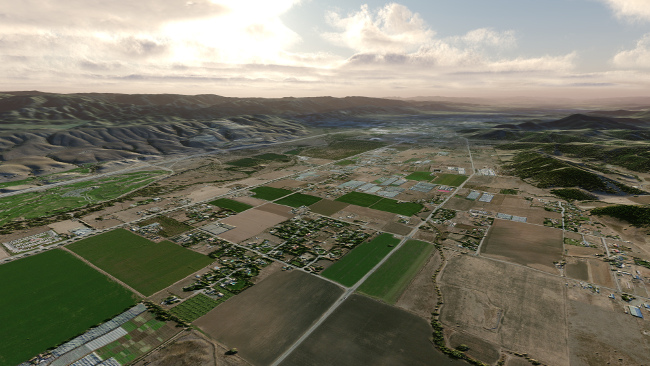 More details are available in documentation on the ObjectTerrainGlobal. Please use Landscape Tool for its generation. 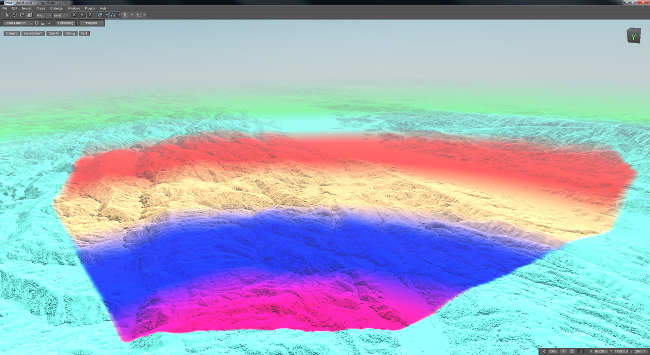 The awesome thing about the demo is that this scene can now be generated in just 7 clicks with the updated Landscape Tool. 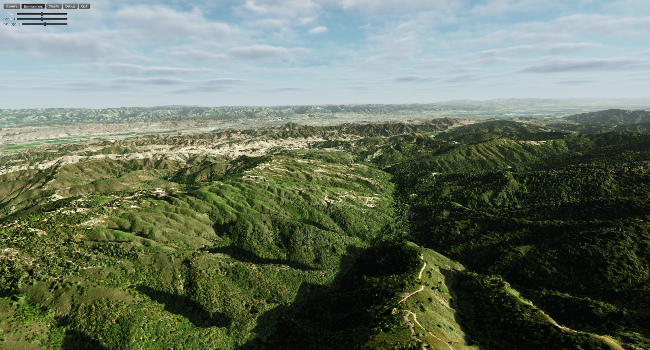 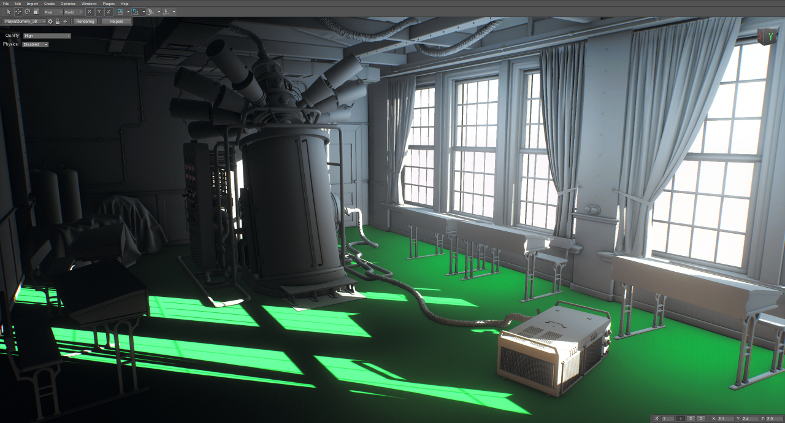 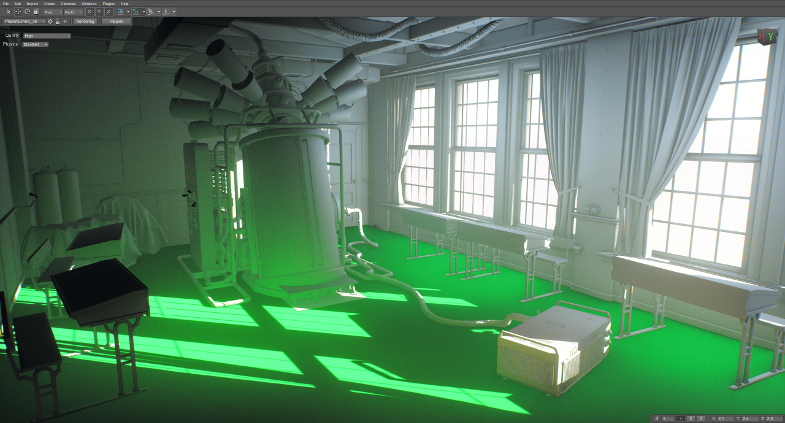 Use render_supersampling console command to set the resolution multiplier (1 by default). 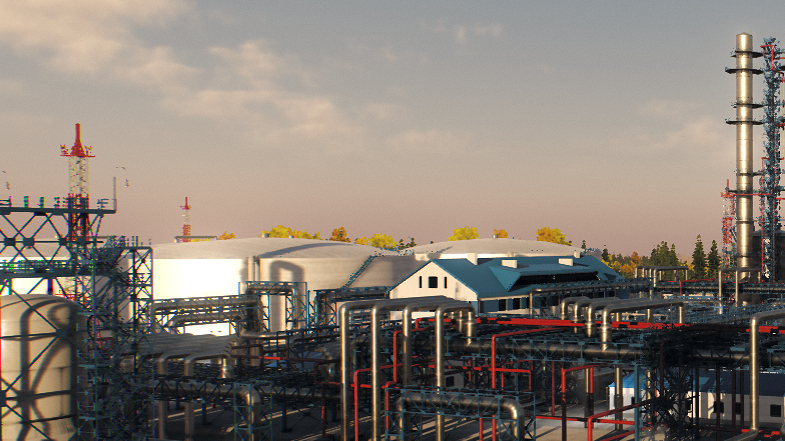 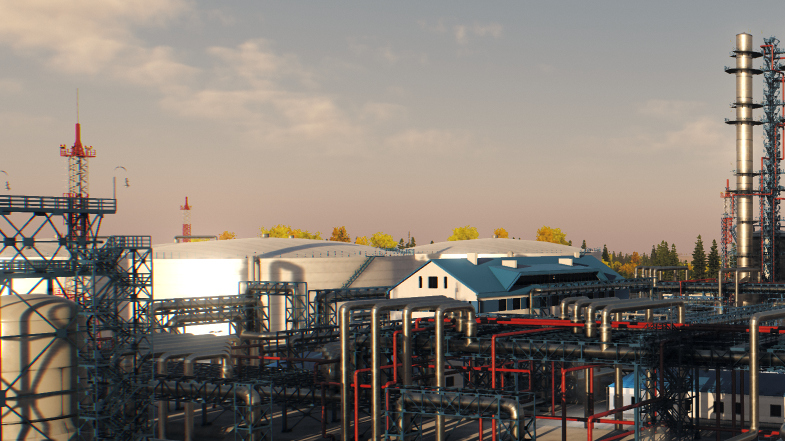 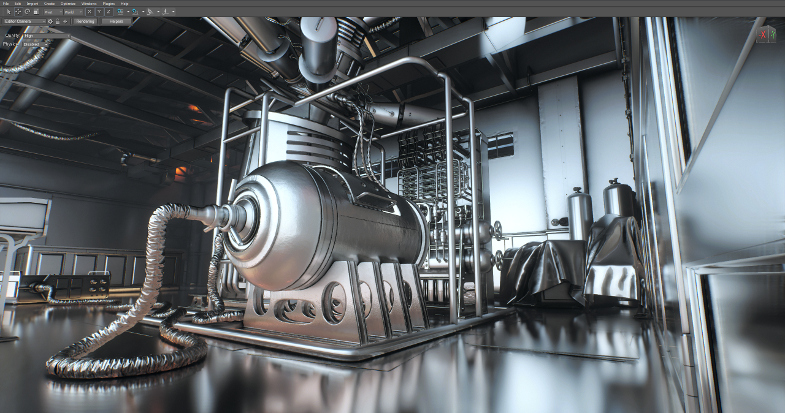 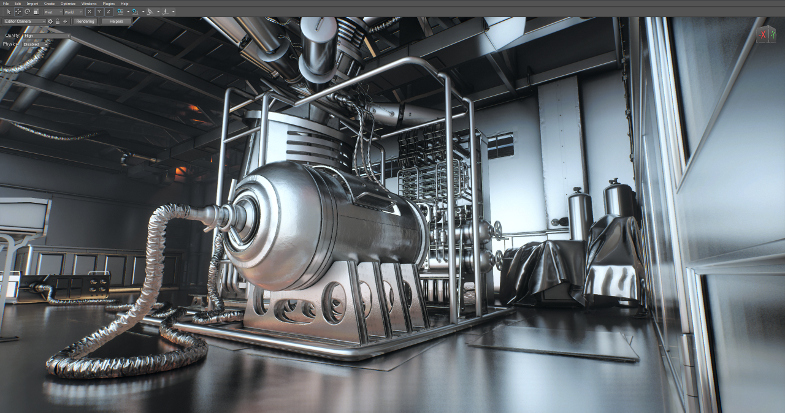 All of this improvements will be utilized in the upcoming UNIGINE Superposition Benchmark.

GeodeticPivot has been completely refactored: 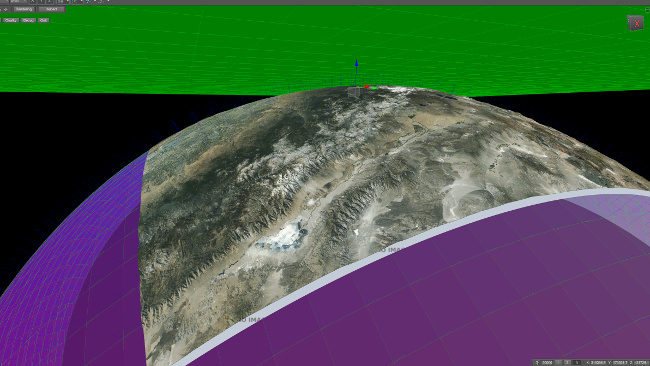 Integrated GDAL API to the engine:

Added a new Dataset class for manipulation with both raster and vector data loaded via GDAL from georeferenced sources. The class is available for all APIs: C++ / C# / UnigineScript.

There is a Dataset usage sample illustrating work with of the vector data: samples -> geodetics. 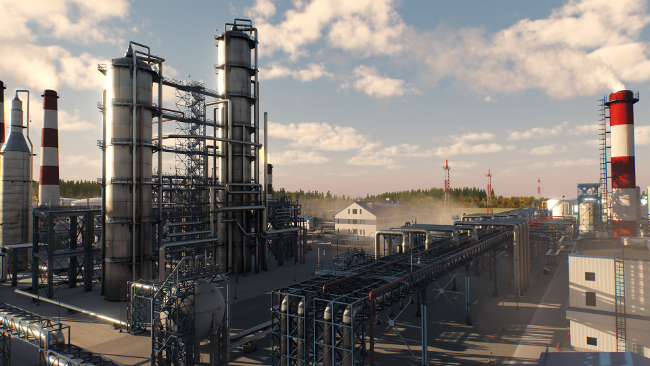 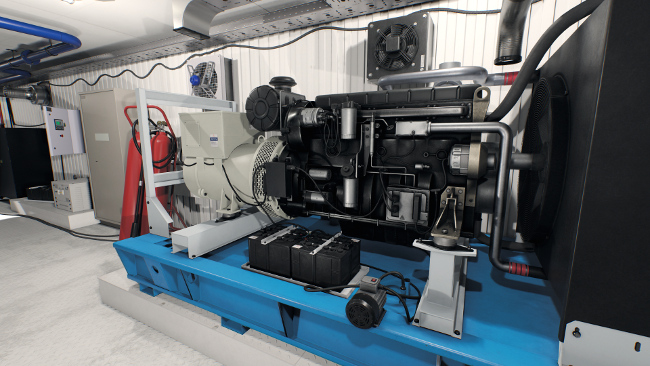 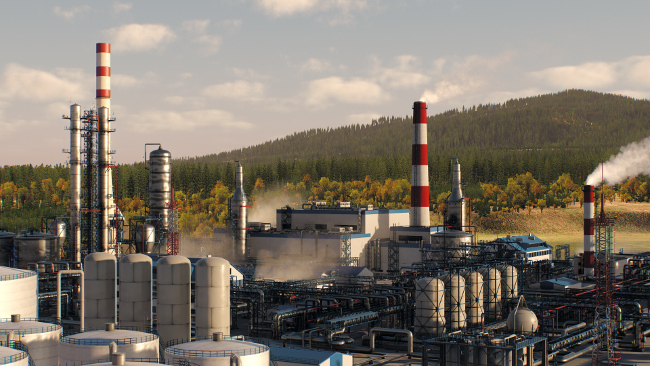 To open the Post Sensors sample, go to samples_2 -> post_sensors.

UnigineEditor2 gets a major update with *lots* of new features in this release. (Still being experimental, it is still not recommended for full-blown production use, but we do encourage you to check it out already and send us your feedback!) 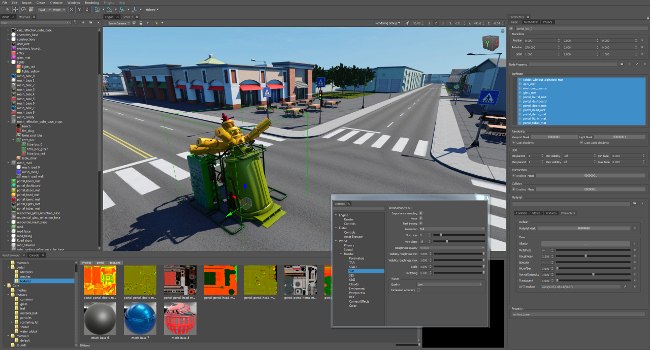