One of the key features is ability to perform multiple intersection tests with the water surface due to fine CPU/GPU sync. High precision of such tests even on very rough sea states allows correct vessels placement, visibility tests, and height above the surface requests. The new object is fully compatible with multi-channel rendering via Syncker system.

There is also high-quality PBR-based shading and screen space reflections on the water. 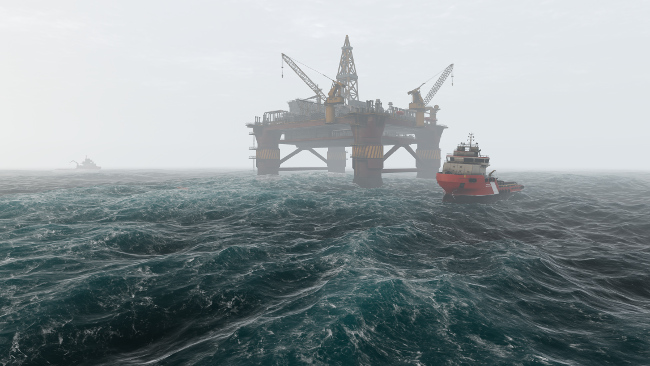 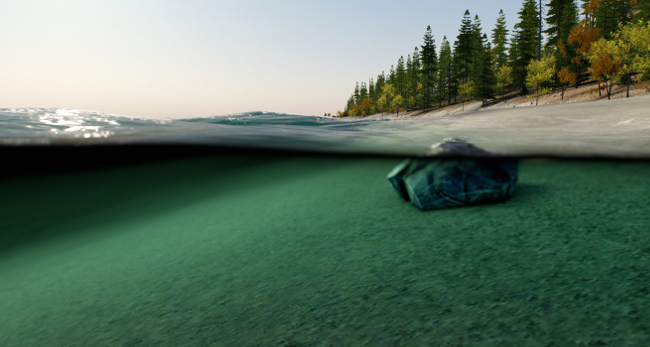 Some other features are scheduled for the 2.3 update:

Here is the preview video (work in progress, not final quality):

Introducing tiled rendering and lights batching optimizations. With those enabled, closest point lights are grouped and rendered in batches, decreasing the number of expensive DIP calls, and increasing performance. Sub-pixel lights are also not rendered with this optimization. In our tests, we have seen up to 40% better performance (on scenes with 100s of light sources). 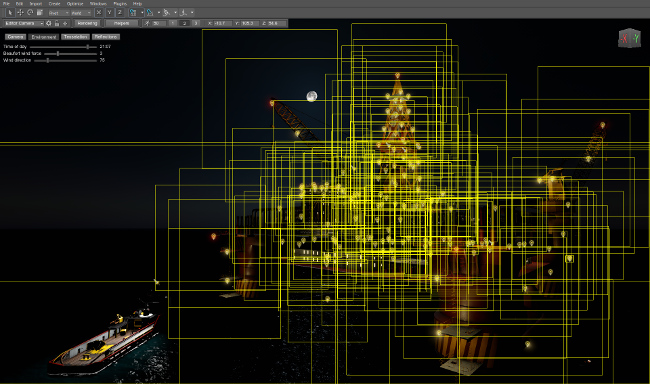 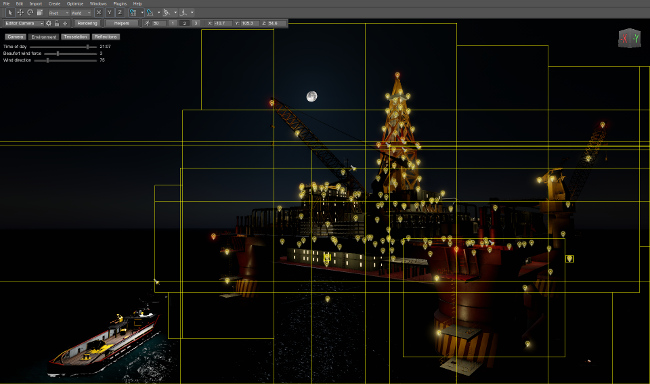 There are two console variables controlling the optimization:

Too large values can provide negative results due to increased CPU load. The optimization works only for omni lights with point shape and without shadows.

Shadow biases are also unified across graphical APIs now, so there will be the same setting for both DirectX and OpenGL. Visual quality has been increased as well: no more objects disconnected from the shadow, less lighting through walls.

We've also added the Normal bias option for the light shadows, implemented by shifting the surface on which the shadow falls. 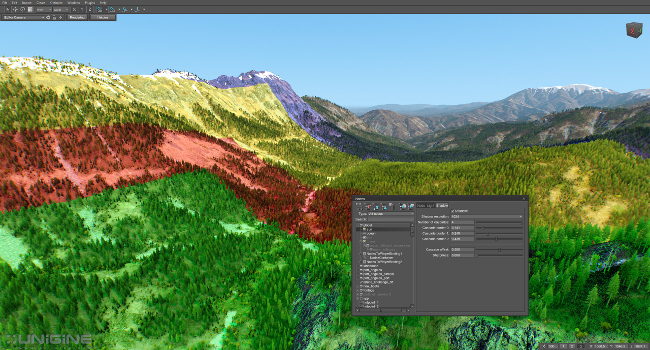 Thanks to these changes it is possible to achieve better quality of shadows from tall buildings.

It is now possible to achieve nice-looking penumbra for LightProj without the use of modulation textures. 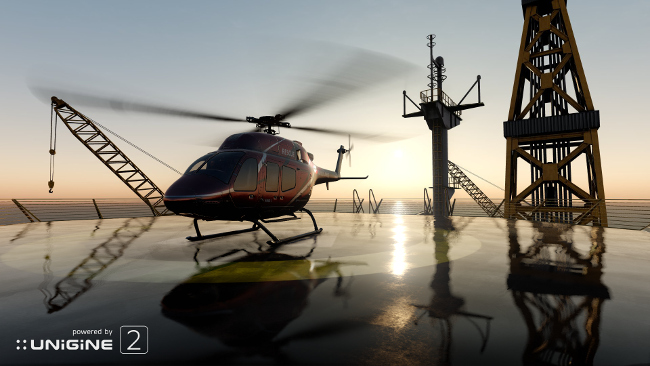 There is also a reflection pass after rendering environment probes now: writing to reflection buffer, the pass can be customized for non-standard reflection effects.

Improved quality of SSS, simplified settings. Requires aux buffer enabled in the material and adjustment of the translucence parameter. 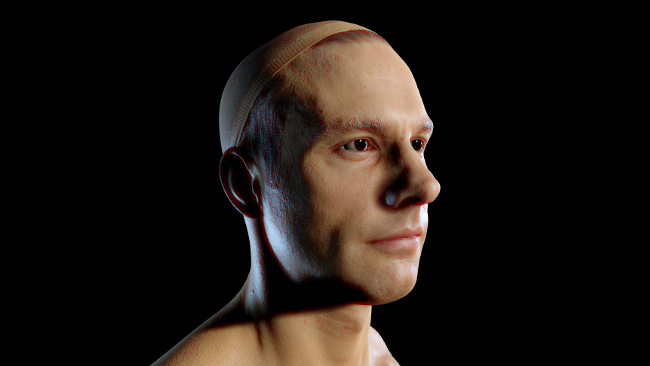 AppOculus plugin has been improved: 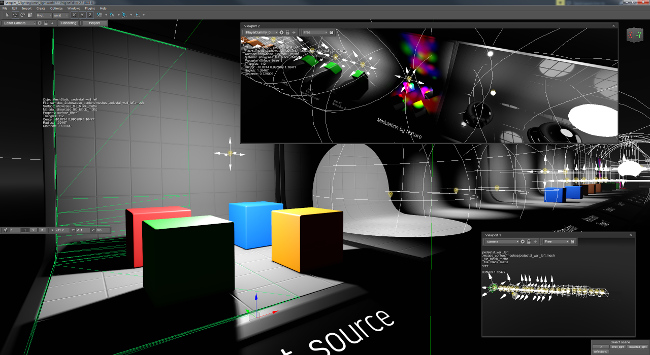 All the APIs we provide, i.e. C++, C#, and UnigineScript APIs, are now unified. Basically, everything must now be accessible through any API.

C++ and C# APIs are now almost completely in sync with UnigineScript API, meaning that 99% of the classes, methods, and constants, some of which were previously only accessible via UnigineScript, are now accessible via both C++ and C# APIs. Moreover, from now on, all the new high-level classes are going to be automatically in sync across all the APIs. (Of course, there always will be a few language-specific methods and differences.)

Such significant improvements led to some changes in the API, please refer to migration guide for more details.

Starting with 2.2, we introduce a new approach to implementing custom C++ or C# application logic, based on classes rather than functions.

Instead of creating your own update(), render(), and swap() functions and either plugging them into the engine's main loop or reimplementing the main loop from scratch every time, you can now subclass from WorldLogic, SystemLogic, and EditorLogic classes, and the default engine main loop will call their appropriate methods at appropriate times.

The logic of these classes is the same as for runtime scripts:

Now you should create new classes by inheriting WorldLogic, SystemLogic, EditorLogic classes and implement your methods.

You should pass instances of the created classes to the main function:

and new classes' methods will be called automatically by the engine after equivalent scripts' methods.

When you create a new project, boilerplate subclasses will now be automatically created too.

This feature is available in Sim edition only.

Introducing GeodeticPivot node used for setting reference ellipsoid and location in the latitude / longitude / altitude format. It features the following:

Nodes should be descendants of GeodeticPivot in order to take effect. This feature is available in Sim edition only.

Both relative and absolute paths are now supported. Absolute paths are always used as is. Relative paths, however, will get "/data" auto-appended to them if there is a /data subdirectory (for compatibility reasons, as this always was the existing behavior).

The default -data_path is "../", unless overridden by a command-line argument, or in a configuration file. 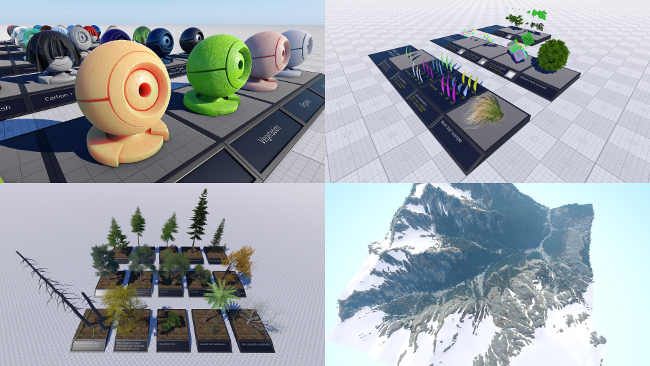 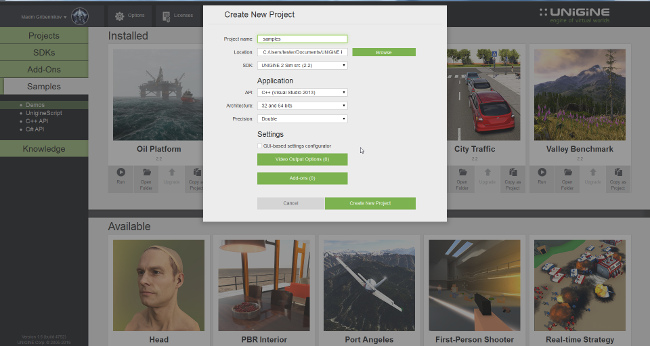 A lot of simulation tasks requires multiple specialized lights, which have to meet strict certification requirements. Examples are airfield lights: PAPI, TDZ, REIL, etc. We have introduced a high-level SimLight node for these tasks, it features the following: 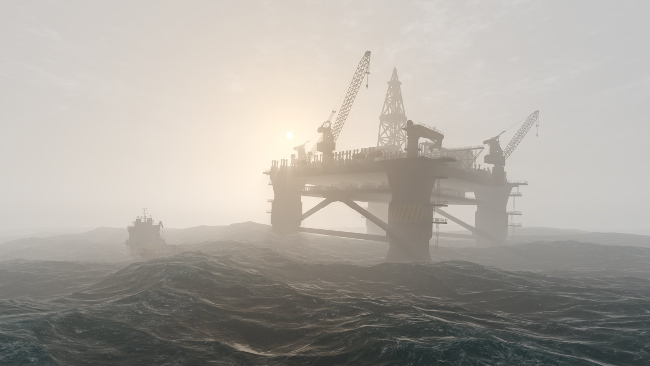