Atmosphere rendering has been completely reworked in this release. Right now it is based on interpolation between several LUTs (Look-Up Textures) describing different states of the sky during the day. Improving realism for clouds is planned as the next step. 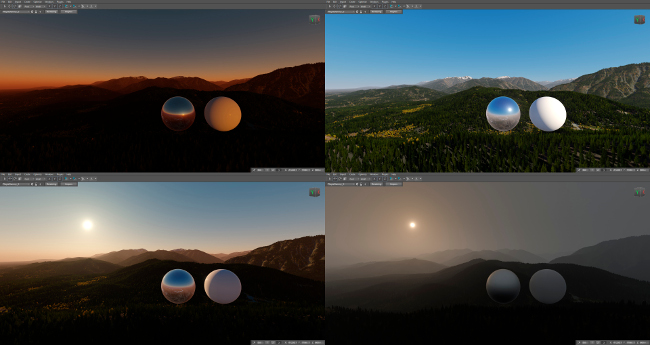 The new sky brings dynamic environment lighting and fast sky reflections without the need for environment probes. It is also possible to use the high-quality photos as a base for the LUT gradients.

Haze rendering has been improved as well. Added the Max distance parameter, which sets the distance of 100% dense haze concealing all the distant objects. There are also two different modes of haze rendering:

Time of Day and Weather

To change the time of the day, simply rotate the Sun or Moon object and the sky rendering will be automatically update respectively (previously, one had to use the Tracker system for that).

To simulate mixed weather conditions, it is currently allowed to blend between three environment presets.

The sky now supports rendering of the Moon and the Sun at the same time.

The "Scattering" option in the WorldLight object provides the following lighting types:

There is also a new Disable angle setting for LightWorld defining a critical angle above the horizon, where the light source is still enabled.

Setting up sky is much easier with the new system: no more esoteric parameters. The new light scattering is also more predictable: you get desired results with less iterations. Light scattering settings have been moved to Rendering settings / Environment in the editor. 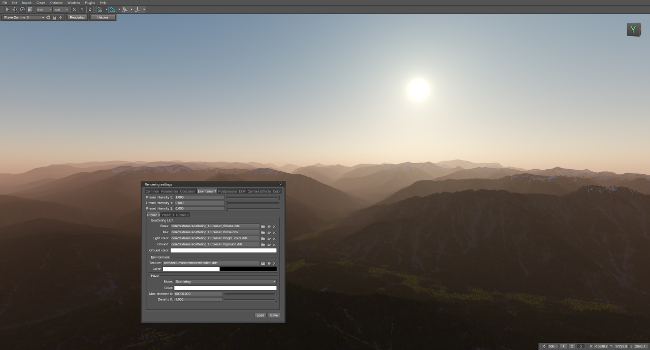 Aerospace simulation often requires an ability to render very close and very distant objects in the same frame without Z-fighting or any other depth buffer issues. We have increased depth precision thanks to the logarithmic depth buffer (to enable, use the render_logarithmic_depth 1 console command), so now UNIGINE is even a better fit for planetary rendering than before. 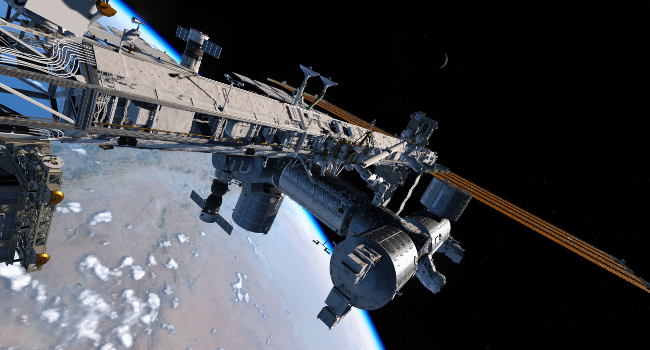 There is a nice 3rd-party demo explaining advantage of logarithmic depth buffer over normal one.

ObjectText is a simple node for placing a flat text in 3D space. The text is rendered into a texture and then overlayed over a flat polygon. It uses trilinear filtering and mipmaps for correct display of the text at any distance. There is no noise influence to the object and it is not distorted by the TAA.

As a font you can use either TrueType (TTF) or a texture atlas with letters. 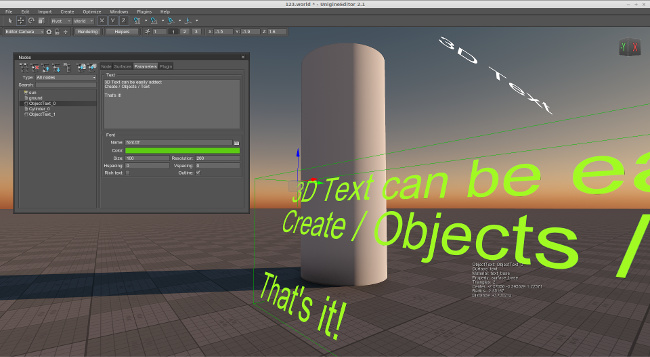 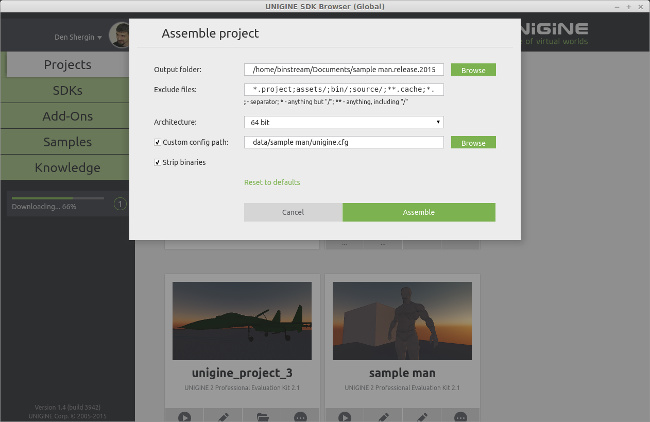 The new Samples demo contains various examples on using the built-in UNIGINE objects with explanation of different settings. These samples are artists-friendly - feel free to take a look into the content. You can find them in the Samples / Demos section of the SDK browser. 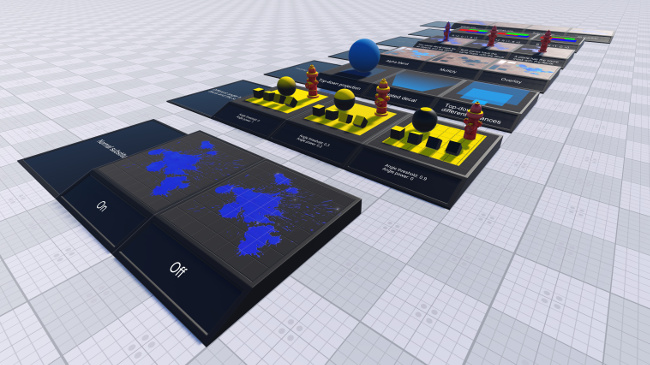 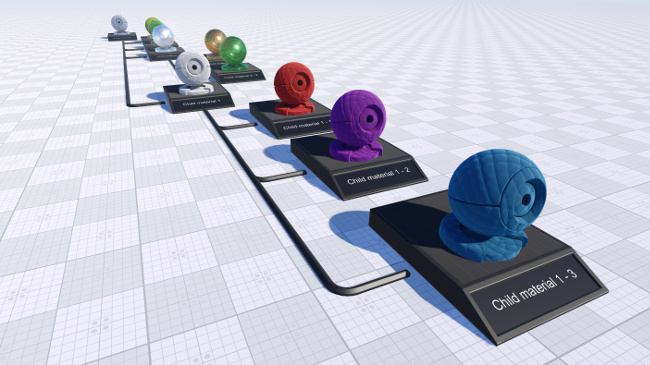 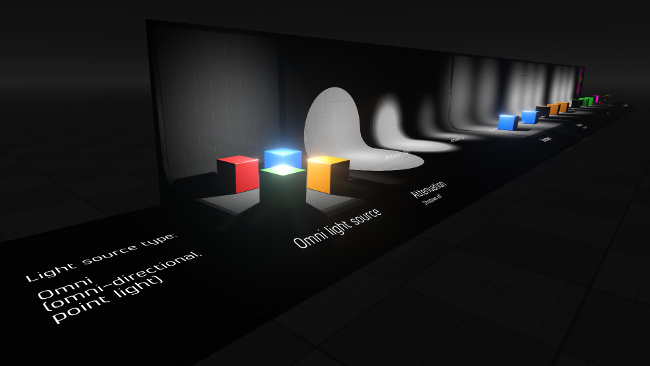 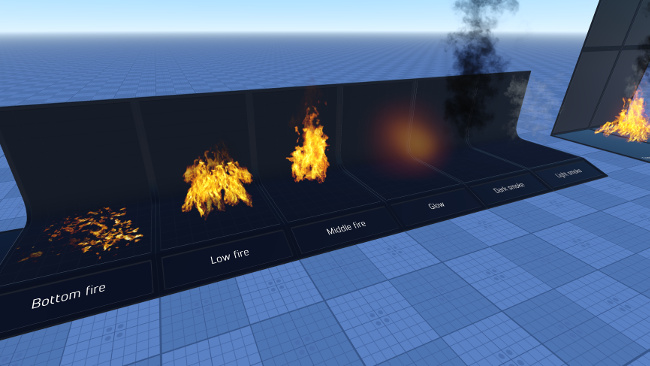 The set of samples will be extended in further releases.

We're working towards localizing the documentation into Russian and Chinese. 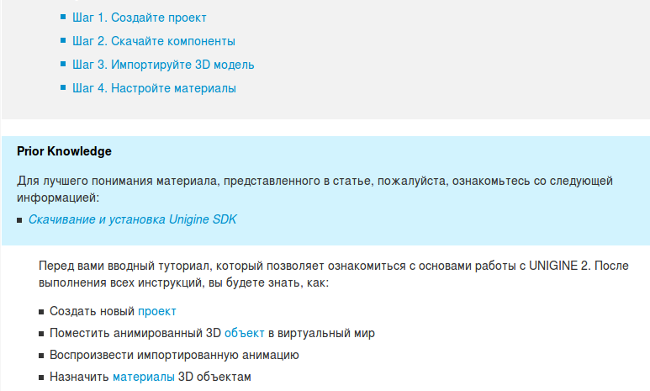 At the moment only some articles are translated, more to come.