From this time on, Flash-based user interfaces can be created with Unigine engine. Now it is simple to combine both scalable vector and bitmap graphics in your applications on all supported platforms. Front-end menus, HUDs and even mini games made by artists with Flash tools can be easily embedded into the Unigine project.

Added support of Adobe Flash: rendering of all shapes, morph shapes, fonts (TTF and embedded ones), static/dynamic text, textures, gradients, buttons. Currently virtually all features are implemented except for sounds, videos, line styles, blending and filters). Flash movies can be used in Unigine-powered applications via WidgetFlash (even on curved 3D surfaces if ObjectGui object is used) or as a splash screen via engine.splash functions.

Added support of ActionScript 2.0 (though polymorphism and exception handling are not supported yet). At the moment the following classes and methods are implemented:

All UnigineScript methods can be called from ActionScript code via Engine extension class.

We are glad to introduce a content library pack where you can find a number of cool pre-set materials, special effects and objects to use for your Unigine-powered projects:

These assets can be found in data/library directory inside the Unigine SDK. 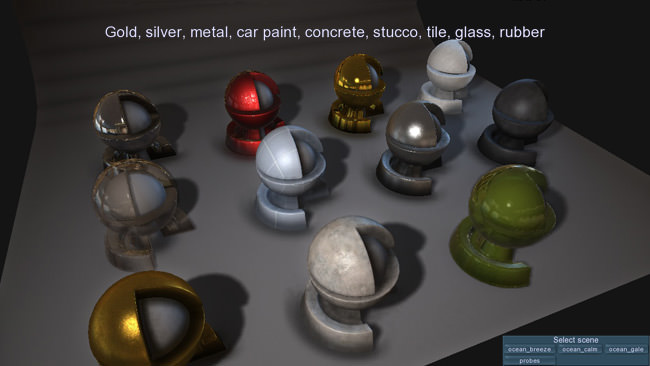 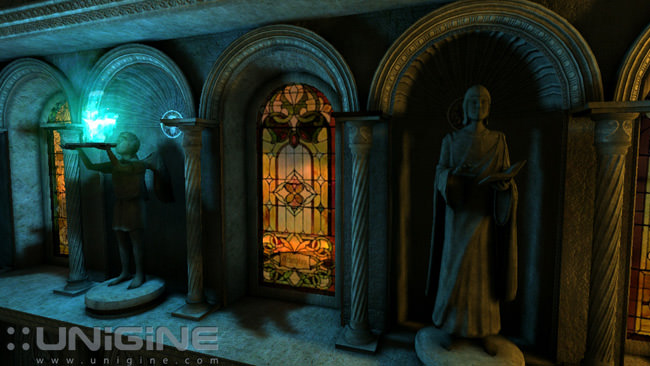 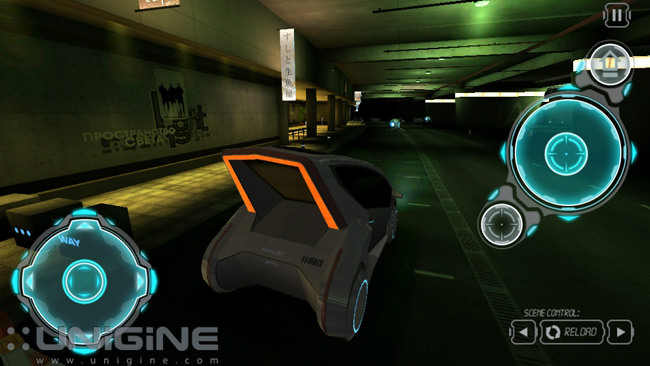 Both 'Crypt' and 'Passage' demos are available in Unigine Android SDK as well, they were recently demonstrated at Mobile World Congress (and will be at CeBIT soon) on NVIDIA Tegra 2 devices.

Wow, that was a huge update once again, stay tuned for even more features coming in March!