Precompilation of all shaders is an important feature that guarantees, that at the time your project is completed and final builds are ready to be handed over to customers, you will have a complete shader cache. This significantly reduces the number of freezes in the final release build and smooths your application’s framerate.

You can use it in one of the following ways:

The option described above required some other changes to be made.

Voxel Probe lights now support additive blending mode. This option offers more flexibility in lighting control. You can use it to blend lighting of several voxel probes together and control them separately (e.g. make a separate voxel probe for an indoor emissive light source and blend it with another voxel probe with lighting baked from the sky, having the ability to enable and disable them separately).

Please note, that Voxel probes with additive blending enabled cannot be used as insets to add lighting details (e.g. creating a small high-detail voxel probe inside a large low-detail one). Such probes do not replace each other, as they are blended instead.

You can also use Voxel Probes to bake lights for illuminating your scene at night time instead of using standard light sources. This approach significantly improves performance and was used in the updated Oil Platform and Oil Refinery demos.

Added an ability to control baking of all types of light sources (World, Omni, Proj, Voxel Probe and Environment Probe) as well as lighting from the sky and emissive materials into a Voxel Probe. This feature is available via the corresponding visibility options, which can be used together with additive blending to provide more flexibility in light baking. Thus, you can make voxel probes independent of each other and combine them to produce some sort of dynamic GI effect. E.g. you create a room with several lights inside and light coming from the outdoor environment, being able to turn them on and off individually in any combination. 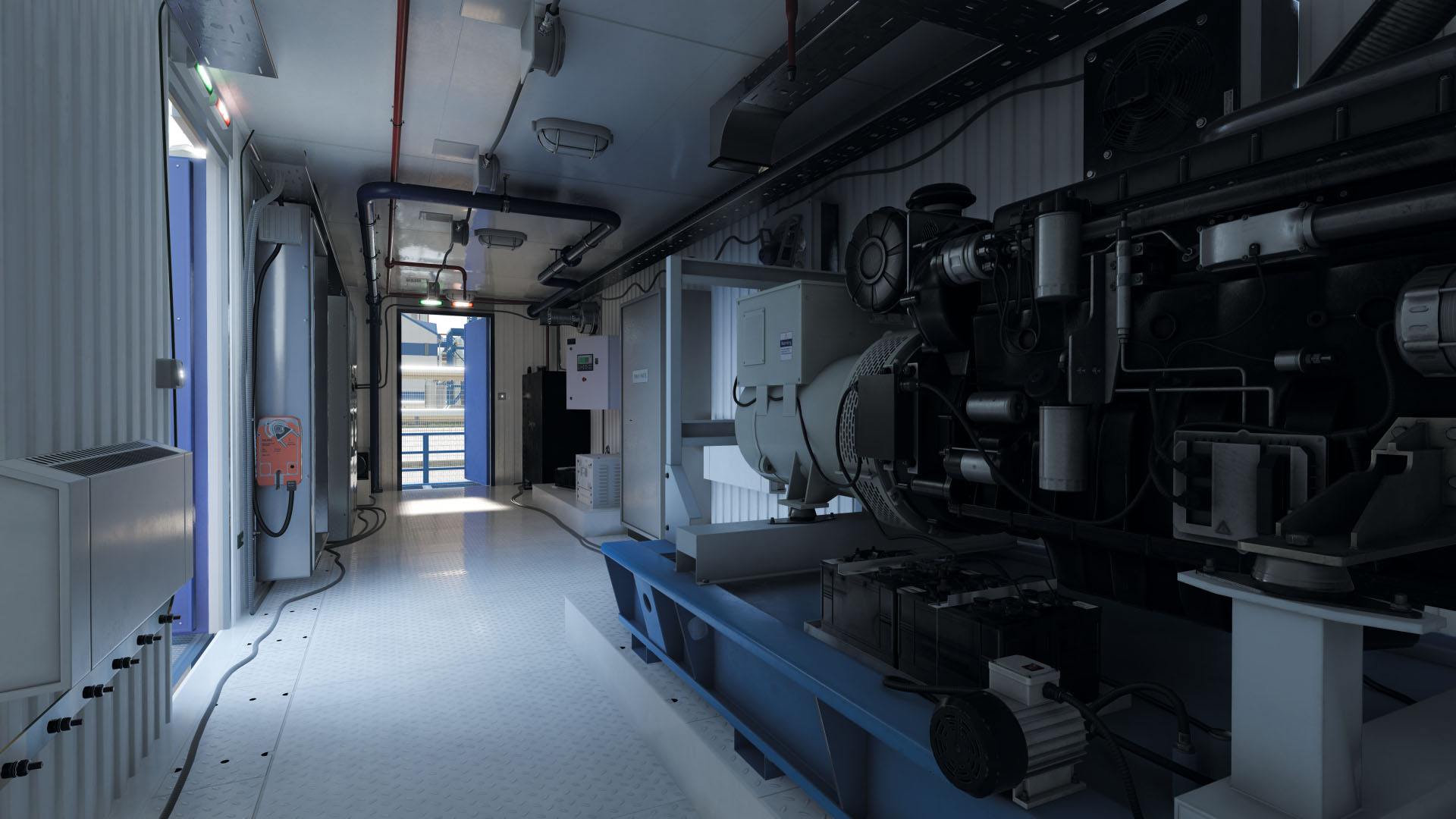 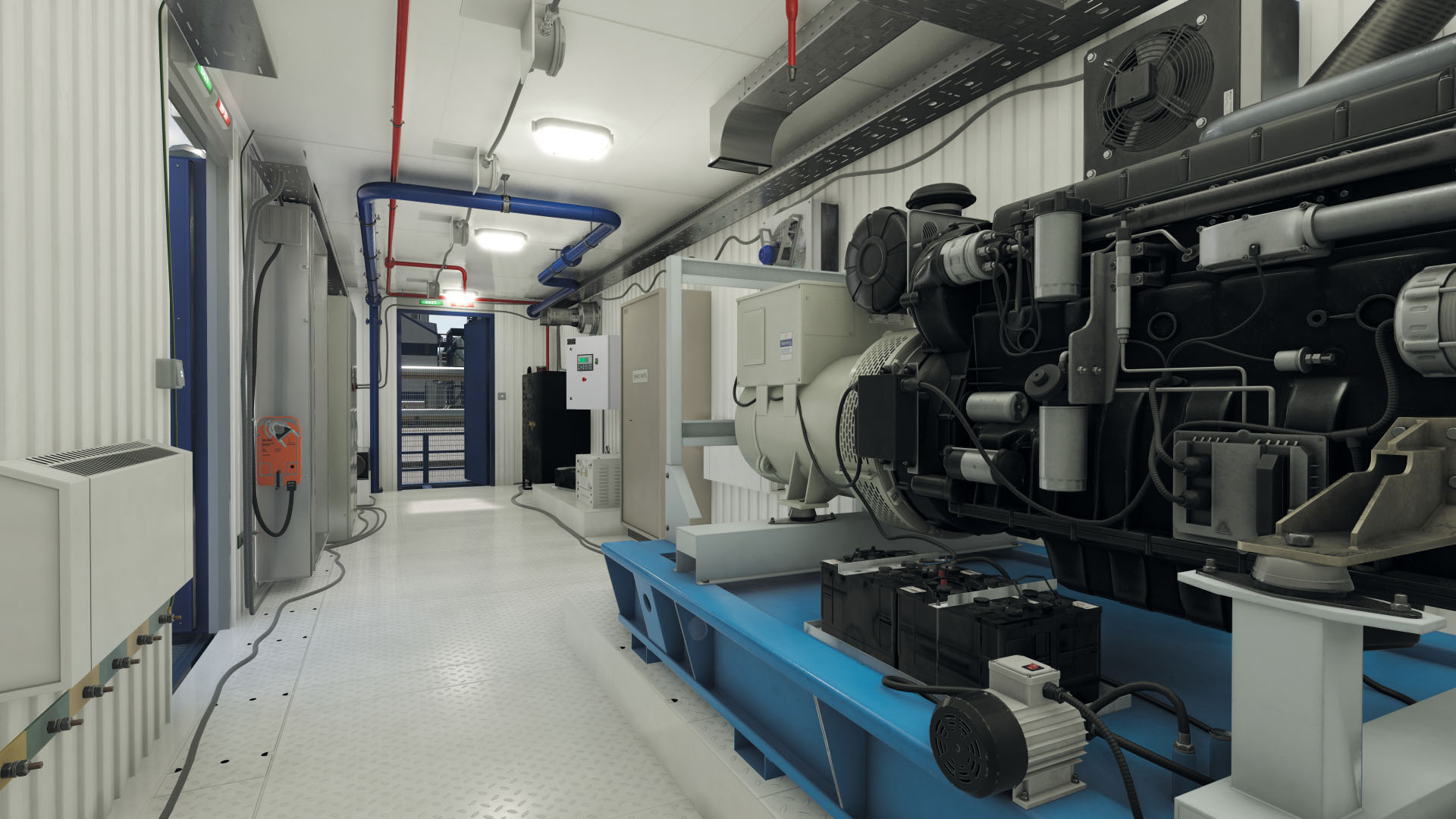 Improved logic of the UseSunColor option. To bake lighting from the sky separately, it is recommended to enable baking visibility for the sky only, while disabling it for other light sources.

As UNIGINE supports huge worlds, large-scale models are often imported (e.g. a road network or a city represented as a single mesh). While UNIGINE works with 64-bit coordinate precision for placing objects, each individual mesh uses 32-bit precision for coordinates of its own vertices (starting from a local origin, pivot point). To compensate that, a set of new useful options for geometry import was added.

Very large meshes (more than 10000 units) can be splitted into multiple separate ones. To do so, just enable the Split by Grid option and set the size of the grid cell to be used for mesh splitting. Note, that this option does not split surfaces, they are always treated as a whole. 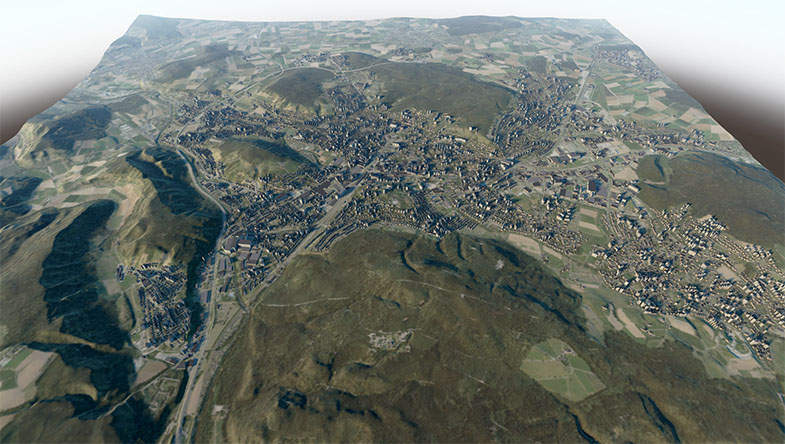 The same types of artefacts (jitter, etc.) can be eliminated for meshes having their geometry located too far from their pivot. Use the Repivot to Center option to place the pivot point of the generated mesh to its center.

Complex CAD models may contain a lot of empty nodes, resulting in an overloaded world hierarchy. You can enable the Skip Empty Nodes option to ignore them.

We refactored water and improved overall performance giving you more options to tweak it even more. Calculation of normals was improved and became 25% faster. 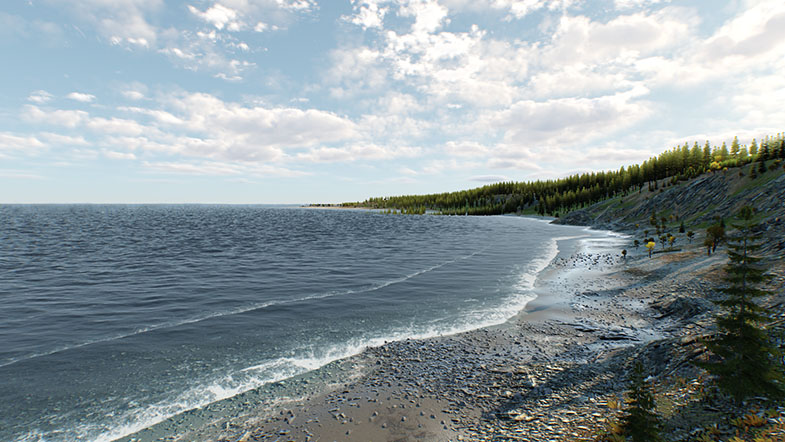 Water performance tuning has become more flexible with a set of new states of the water_global_base material, which can be disabled where possible to gain performance:

Thus, you can simulate shoreline areas, viewed from a plane, by just enabling the foam effect while disabling geometry, caustics and improved interpolation as they are hardly noticeable with a significant increase of performance.

Projection setup has become more convenient. Now you can simply connect a laptop computer to a complex multi-projection setup and configure projections in just a several minutes using your keyboard only.

This is possible as we added keyboard control for warping settings. Now you can switch between control points using arrow keys and move them with the Ctrl key pressed. Adjustable screen parameters enable you to control each point of your projection with a pixel accuracy. You can also increase and decrease displacement amount to be used when moving points with arrow keys via A and Z keys respectively. Points are now moved in screen space coordinates regardless of image orientation (whether it is flipped or not), this means if you press left arrow - the point always goes left.

Added visualization of warping grid on the screen which significantly facilitates the process of debugging configuration of a multi-projector setup, this option is available via the Show Grid button.

You can now choose whether to display certain blend mask or not or change mask color, this can be used to configure overlapping regions and perform some color and brightness corrections while monitoring the final result.

Improved the structure of sections in the Settings window and added a lot of functions that were previously available from the console only to UI. Updated description of all available parameters and options including new ones is available in the Settings and Preferences section of UnigineEditor documentation.

Finding your assets has become much easier with a new Search option in the Asset Browser, just start typing its name, all matching assets will be displayed as you type.

The list of other improvements includes the following ones:

A number of features was added to the Landscape Tool making it more convenient. 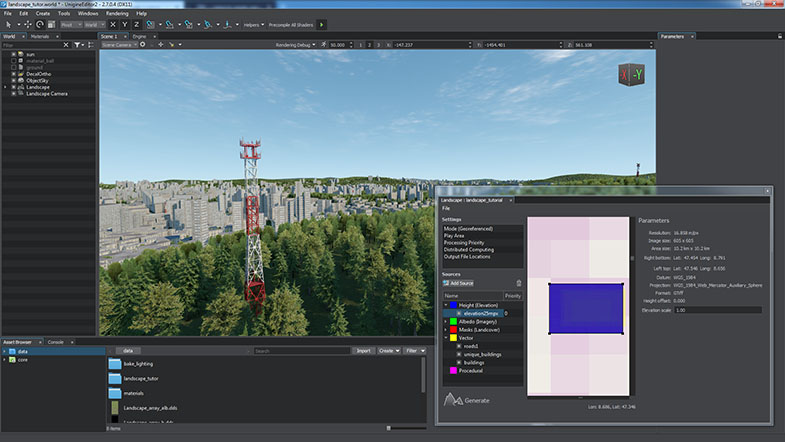 Blending of environment presets was also fixed to take into account ground lut textures of all presets including Preset 1 and Preset 2.

WorldSplineGraph now has a new adaptive node placement mode. This mode represents a combination of stretching and tiling modes: source nodes are duplicated along the spline segment, but the length of each node (stretching) is determined by the curvature of the corresponding part of the segment. Thus, long nodes are placed along the straight parts of segments, while short ones - along the curved parts, providing a reasonable balance between the plausible look and performance. Moreover, you can now enable UV tiling for textures to improve the look of stretched nodes. 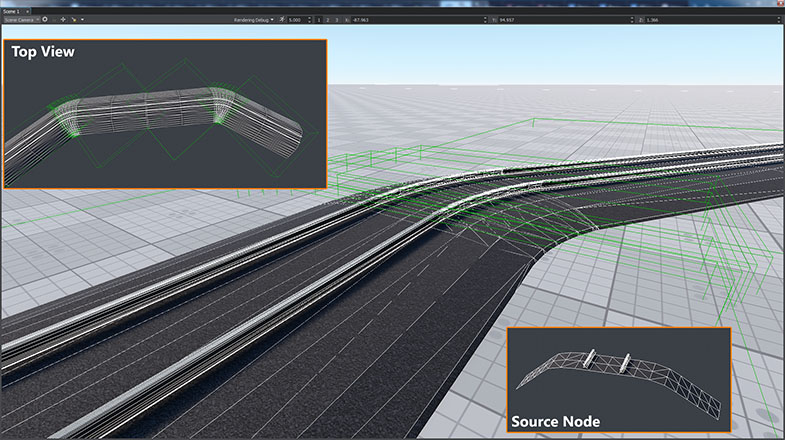 New parameters were added to the assignSegmentSource() method. This mode will be also added to the list of road generation options of the Landscape Tool in future releases.

HLA support will be further extended to include latest versions as well as OpenRTI.

An Image Generator (IG) in a simulator typically uses a number of subsystems and requires a number of options and parameters to be set.

To facilitate the process of IG creation we added a new IG application project template, which performs initialization of required plugins with all necessary settings and can be used as a basis for your custom IG.

The template project can be found in the source/apps/main_ig folder. 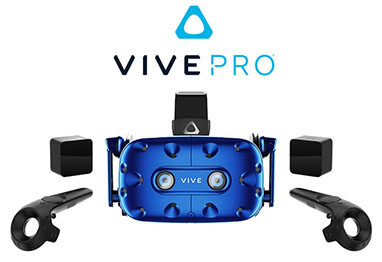 All your existing UNIGINE projects supporting SteamVR are compatible with new HTC Vive Pro. However, please note that Vive Pro has a higher display resolution, and although no modifications are required, it is recommended to check your project's performance and optimize it accordingly.

Please note that by default SteamVr selects resolution based on your computer's performance. Therefore, for best image quality it is recommended to open the Video tab of the SteamVR settings window, enable Manual Override mode and set resolution to 100%. 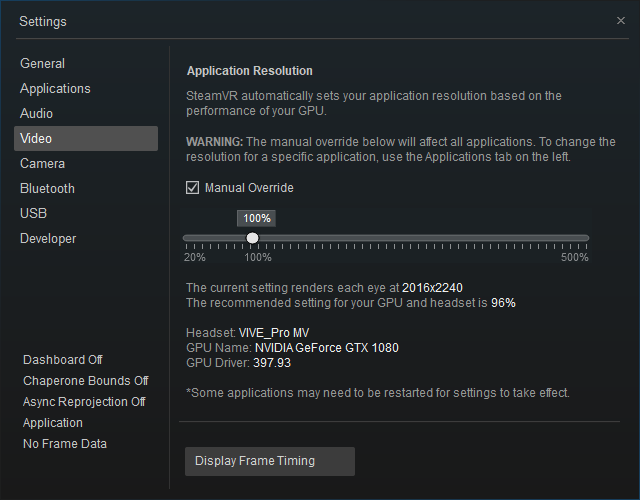