There are now three different editions of UNIGINE 2 available:

Old UNIGINE Game licenses will be upgraded to UNIGINE 2 Professional. 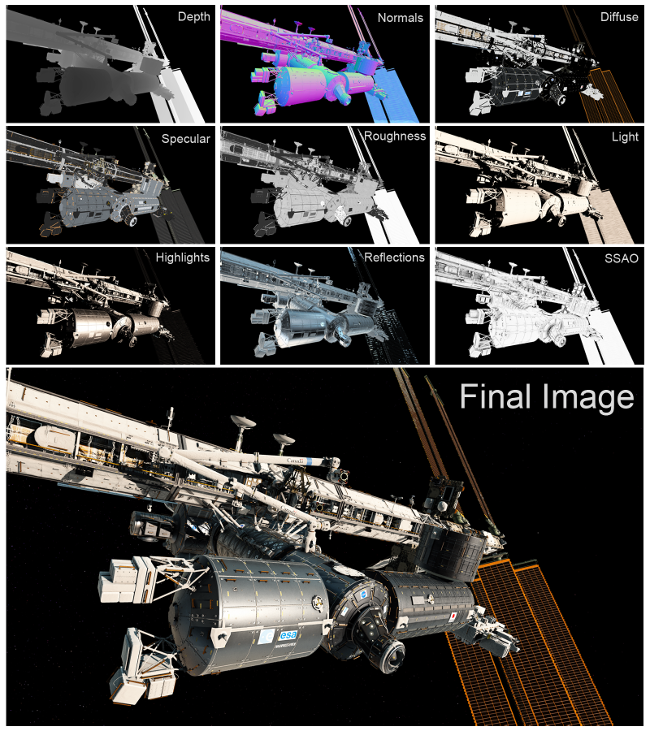 It is important to understand some facts about performance of the new renderer as it has several new features in comparison with the older one. Maximal FPS on empty/simple scenes with the new render is lower (about 200-250 FPS) than the old one (up to 1000 FPS), but anything above 120 FPS (60 Hz in stereo) has no practical difference. The interesting part is when we start adding content into the scene, the new renderer's FPS value is almost constant, very slowly decreasing in comparison with the old version.

A simple test with a lot of small static meshes: 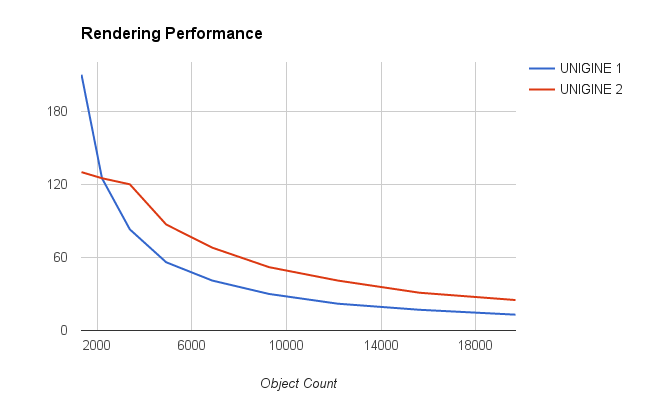 As for the raw polygon rendering performance, UNIGINE 2.0 demonstrates even better results: 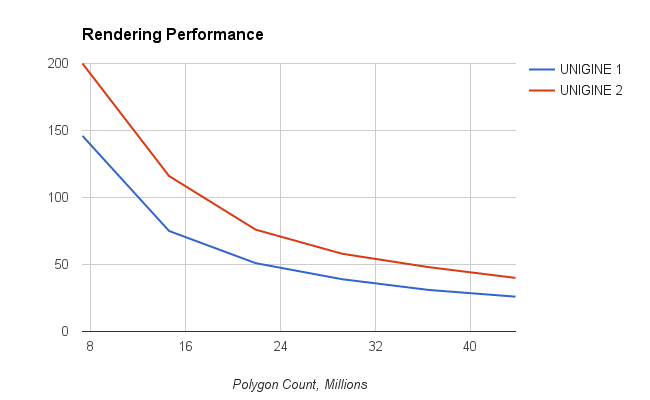 Here is another test on a static scene with 7.3 million polygons and multiple LightWorlds without shadows (deferred rendering is better for handling lots of dynamic light sources by design): 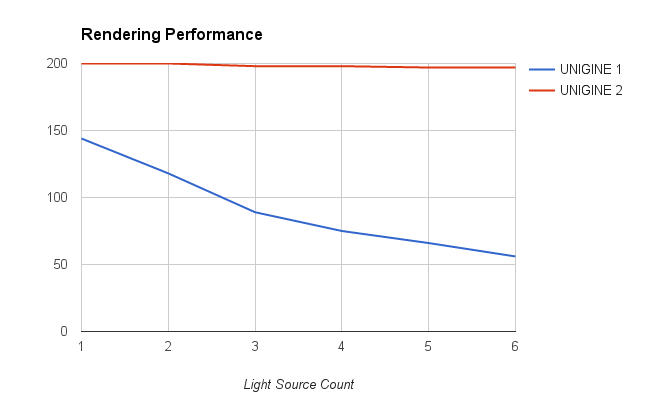 So UNIGINE 2.0 performance scales much better and can perfectly do the heavy lifting with CAD data, unoptimized 3D scans or any other extremely complex and detailed scenes. Many customers chose UNIGINE 1 because it outperformed competitors, and now we pushed the performance of the engine even further.

UNIGINE 2 uses a high-quality temporal anti-aliasing (TAA) algorithm by default. The obsolete multisample anti-aliasing (MSAA) and all corresponding functions have been removed.

In case of fully deferred rendering (when the final image is composed of different texture buffers: depth, normal, etc.), TAA applies smoothing to the whole scene, which is much faster comparing to MSAA that is applied to each texture buffer. Besides, TAA improves the whole image (not only the edges of the geometry, like MSAA) including geometry, shadows, etc., thus delivering overall better visual quality. 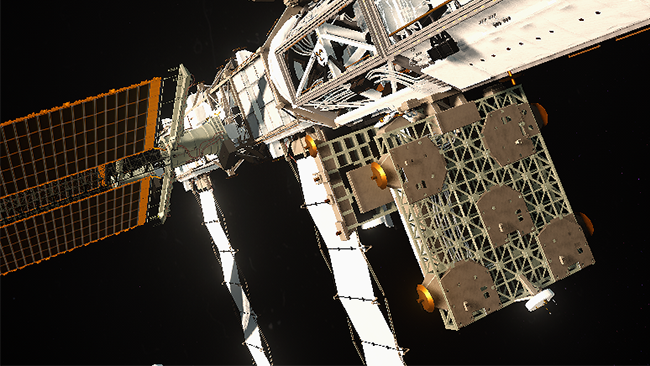 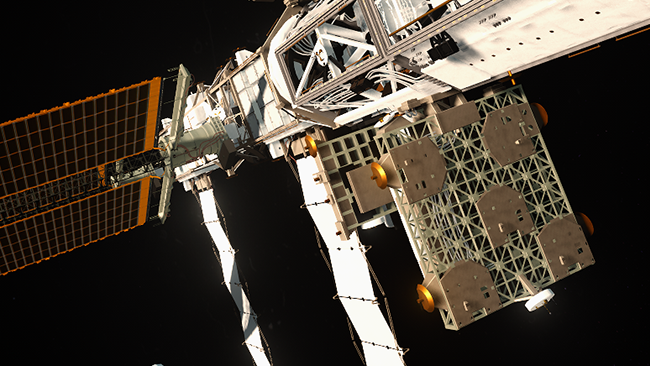 To enable/disable TAA, use the render_taa console command (or Rendering panel -> Features -> TAA in UnigineEditor). When TAA is disabled, the fast approximate anti-aliasing (FXAA) can be used. However, TAA implementation is very performance-optimized, so it is recommended to always keep it on. 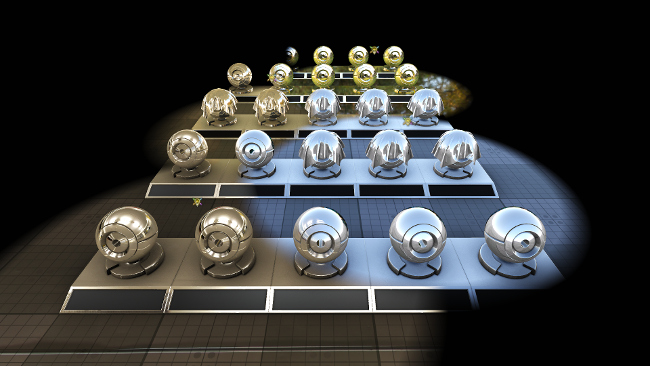 Unlike other engines, UNIGINE 2 has unique environment probes: they can also work with transparent objects, rendered in the deferred pass.

To add the environment probe to the scene via UnigineEditor, do the following: 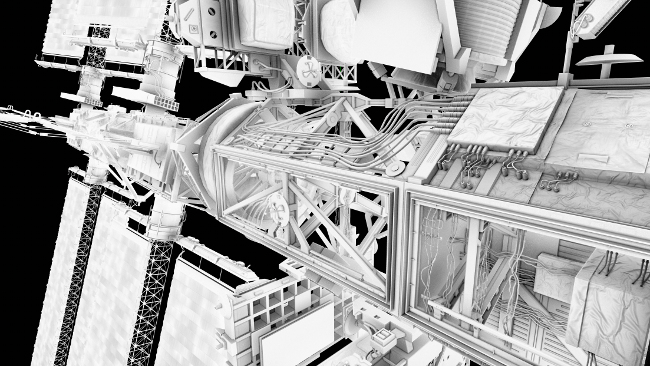 Improved the bloom effect quality: now it works per-pixel, its radius changes dynamically depending on the pixel brightness, and it can be modulated by the dirt texture. The old glow effect has been removed (it can be simulated with the new bloom). 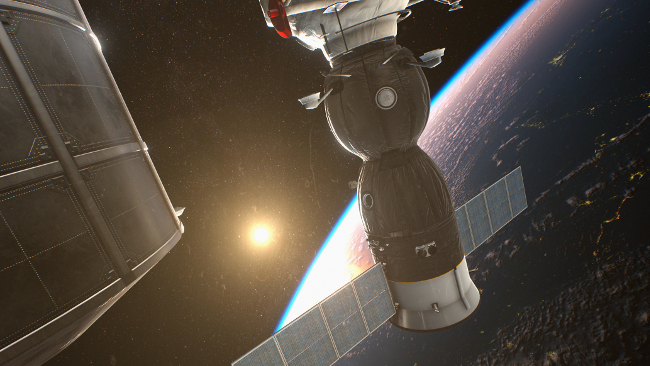 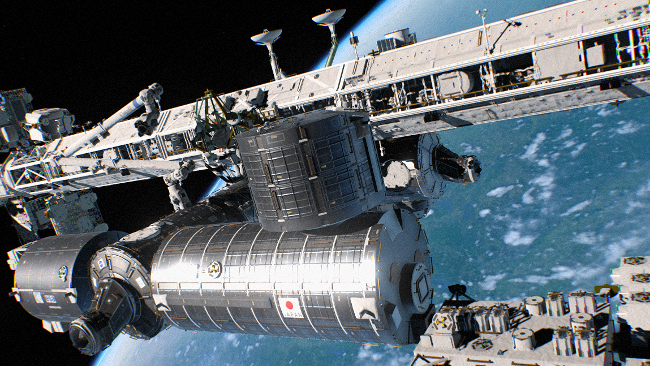 The set of UNIGINE built-in materials has been changed in order to simplify a 3D artist's work (less base materials, more features, easier setup). 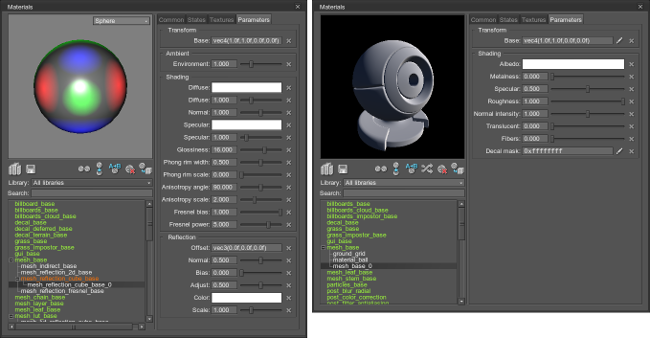 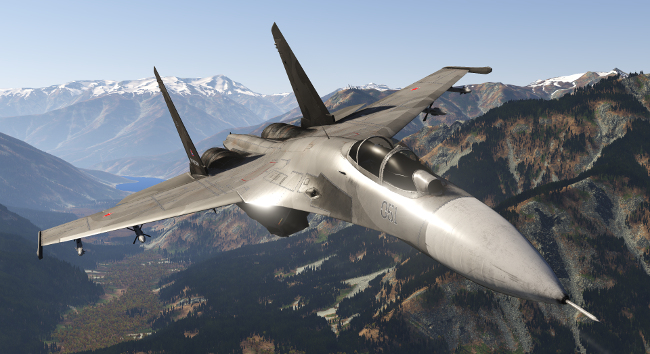 Other materials settings were also revised:

Now it is possible to adjust engine tessellation for ObjectWater via the following console commands:

Further improvements are scheduled for the 2.1 release.

Introduced real-time sensor effects simulation of optical sensors in the EO or IR passband. The corresponding material is post_sensor. It comes with 4 built-in synthetic configurations: 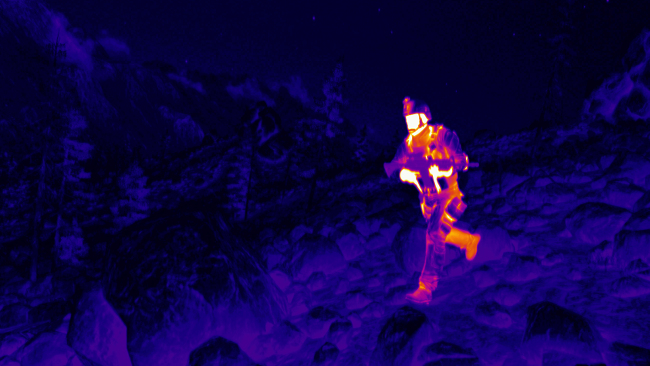 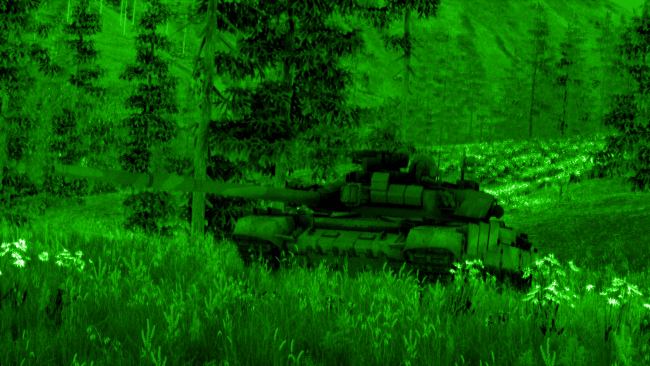 All decals are simplified and merged into three objects:

The decal_base material has also been updated: 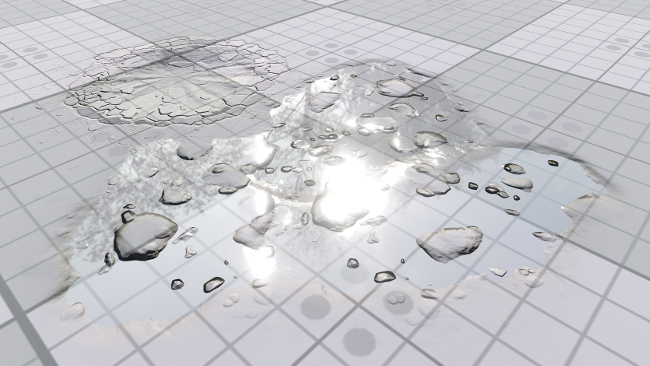 The AppQuadBuffer plugin has been merged into the engine. In order to enable Quad Buffered Stereo mode (works only for Windows and Linux), perform the following:

AppOculus has been migrated to Oculus SDK 0.6, featuring native support for Oculus Rift DK2. Since Oculus VR has stopped supporting Linux and Mac, the plugin is available only for Windows only at the moment.

Added ability to create debug context for graphics. It allows you to debug HLSL/GLSL shaders step-by-step, inspect each DIP, see the result of each DIP on the final image, etc. Graphics debugging can be enabled via: 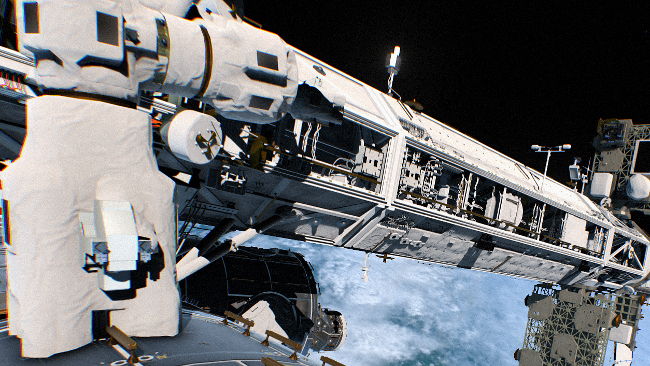 As a result, the majority of annoying micro-freezes were eliminated, greatly increasing FPS stability and improving synchronization between IG channels in multi-channel setups.

Added support for microprofile, an external embeddable CPU/GPU profiler with support for per-frame inspection. The profiler serves output as a local web server (works in the Google Chrome web-browser only), the default TCP port is 1337.

To build the engine with support for microprofile, use the USE_MICROPROFILE preprocessor macro. It is enabled by default for Mac and Linux operating systems, Visual Studio 2012+ is required for building on Windows (because of some C++11 features). 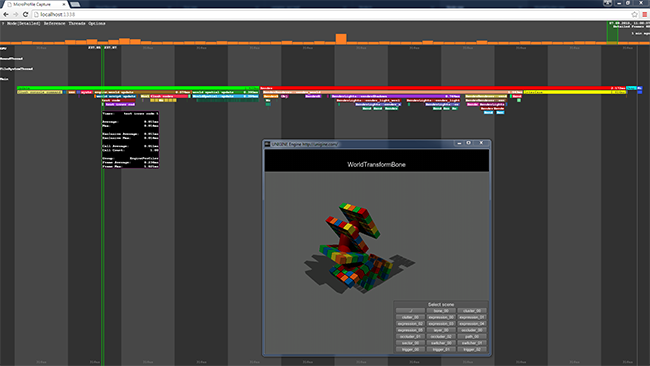 Introducing integration of the Calytrix LVC Game library, which enables communication between components of distributed simulation systems via the standard protocols: DIS, HLA and C2 (mostly used for military projects). Thanks to that now it is possible to connect UNIGINE 2 seamlessly into your training environment. 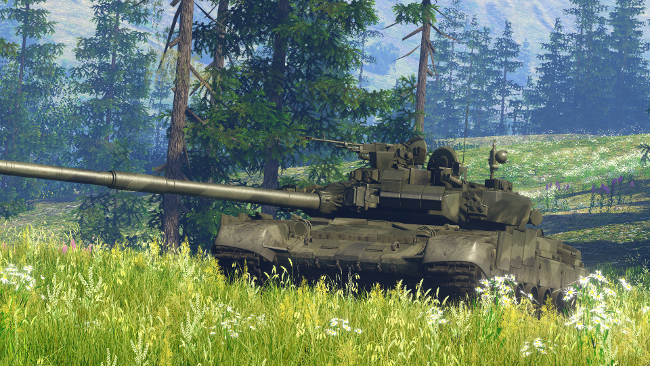 Integration works by means of the LVC Game add-on, available only in the UNIGINE 2 Sim edition.

Our goal is to match all 3 APIs soon, so we focused on exposing new classes and unification.

UnigineEditor has been integrated into a Qt application, providing better usability of Qt widgets (native look and feel, faster) and speed up for the development process (so users will get more polished features faster). 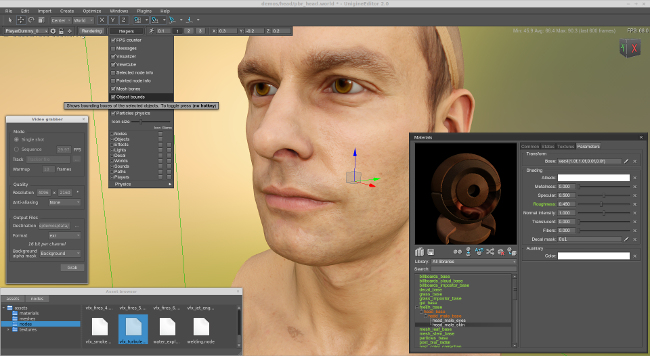 From now, UnigineEditor is a standalone application. 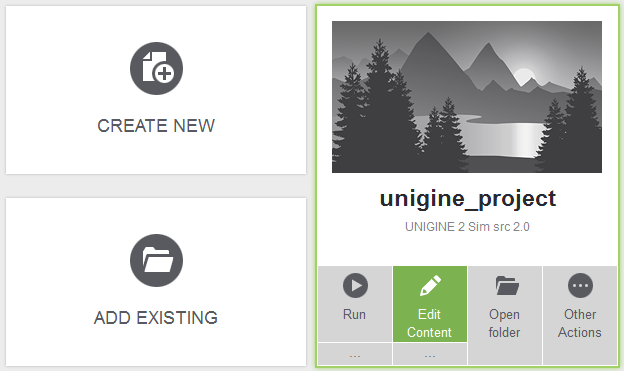 Since UnigineEditor is the standalone application, editor_load/editor_quit console commands are not supported from the main application.

Initial version of the asset browser provides the following functionality:

The feature is in the active development and is not recommended for production use.

Introducing Video Grabber, a UnigineEditor tool for high-quality capturing of screenshots and frame sequences. Video sequences are captured in a special non-real-time mode, allowing to get any fixed FPS even on a low-end hardware. In comparison with traditional CPU-based offline rendering, this tool allows much faster rendering thanks to GPU acceleration.

The tool is available only for the Professional and Sim editions.

If you do not have a stable internet connection, SDK Browser can work in offline mode. In this case you will need to perform offline license activation (required only once per machine): go to Options -> Manage licenses and follow on-screen instructions.

Now it is easy to upgrade your project content to the newest version right in the SDK Browser by pressing the Upgrade available button. A backup copy of your project will be created before the upgrade process and, a migration report will be opened in your browser at the end of the process.

Automatic upgrade is available for:

Migration of your code should be done manually.

Known issue: El Capitan (Mac OS X 10.11) is not supported at the moment (update will be available shortly).

A new VFX add-on (instead of the older SFX one) contains several ready-to-use effects (based on particle systems): 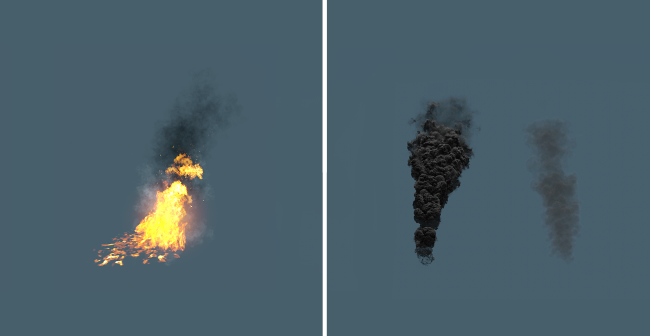 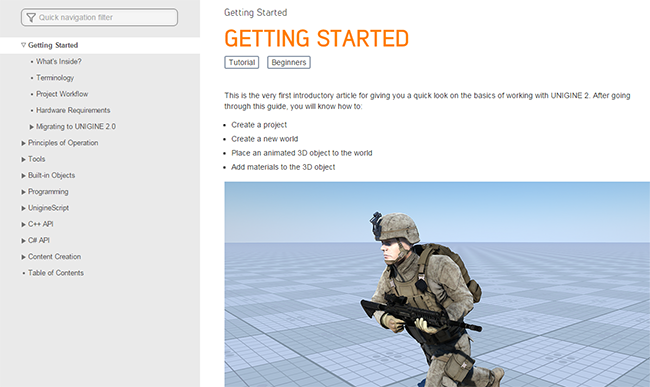 Starting from this release, further updates will have 2.x versioning format.