As an input data obtained from the DCC tool we have a huge set of objects geometry divided by a spatial grid (in order not to run into float precision limitations of mesh format). Each cell of the grid is represented by an ObjectMesh object with multiple surfaces of different types:

This set of objects geometry is not present in the world, but provides a set of rules for city parts generation. In terms of City Import plugin, it is called City and is stored in a single .node file.

In order to specify objects to be generated we need to create aCity Layer, which contains information about certain parts of the city (roads, rivers, houses etc). In the City Layer we specify a surface from a City geometry that will be baked into a cluster, decal or mesh (for clusters we also specify the node to be placed, for decals and meshes we specify the material to be applied). There are also additional City Layer parameters that can be specified for performance optimizing (LODs, maximum visible and fade distances etc.). A City can contain any amount of City Layers.

When City and City Layers hierarchy is built, all you need is just to press the generation button, and as a result you will get the same nodes hierarchy in UnigineEditor. 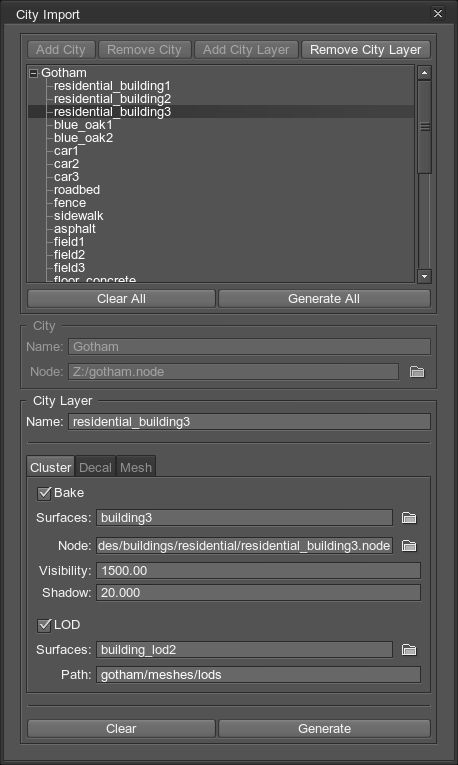 Randomizer is a new handy tool used to make environment look more natural. It can perform the following operations with nodes selected in the Nodes panel of UnigineEditor:

To load the Randomizer plugin, open the Tools -> Plugins tab in UnigineEditor, press the Core button and choose thetools/randomizer.cpp. Randomization will be applied to all of the selected nodes. 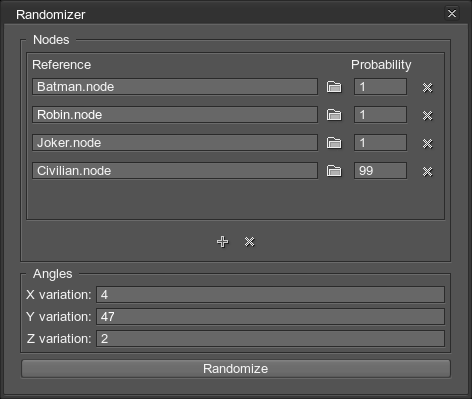 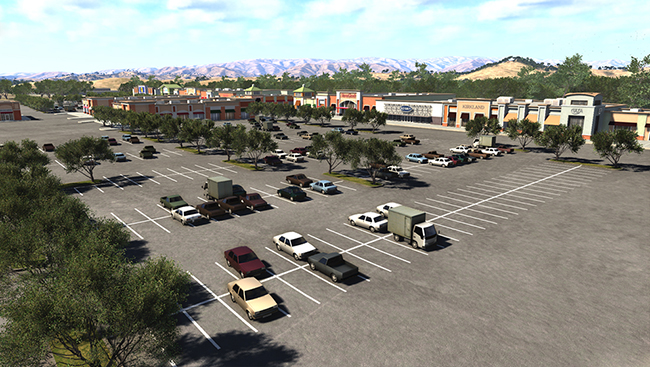 For the first time in UNIGINE history, we fully translated UnigineEditor and all plugins, so now Russian developers can enjoy using it in the native language. To change the language, press the Esc button, go to the Interface tab, in the Language field choose Russian option and pressApply. After that, reload UnigineEditor by using the editor_reload console command or by pressing the U button. 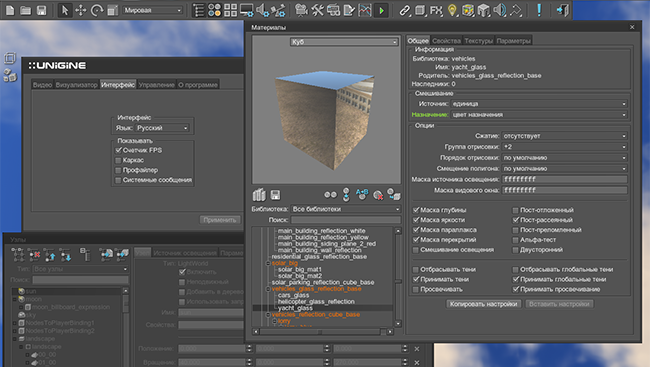 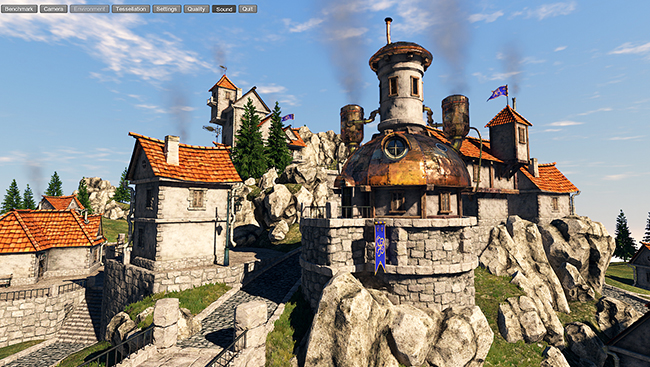 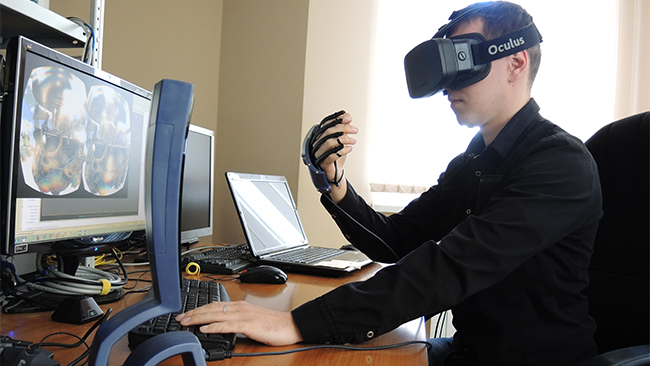 PS: Can't wait until we unveil all the new cool stuff!