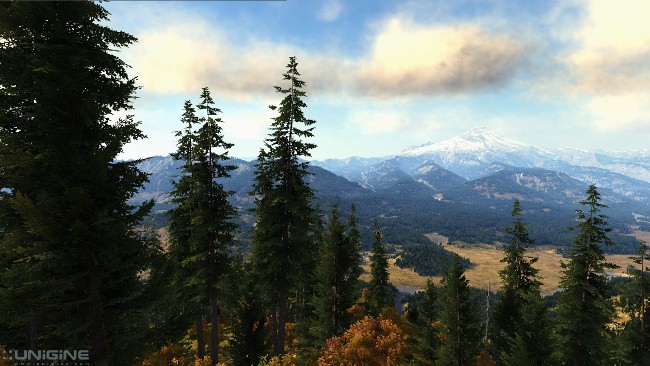 Landscape plugin allows to create huge seamless scenes containing virtually unlimited number of terrain objects (each one of them can be up to 16385x16385 units in size).

Each terrain in the landscape is an independent object that has all the terrain features and can be modified in the same way. Besides, there is an opportunity of applying only required tiles of textures and masks right to the whole landscape or to any specific region. The plugin also takes care about optimal compression of textures.

Added support for pre-cached file hierarchies: if the engine finds .ulist file in a directory, it stops scanning its contents (including nested directories) and use the list of files from the file instead. Thus the engine initialization time can be extremely reduced even with large assets database. There is a .ulist file generator available for your convenience:externs/bin/datalist.py. Don't forget to re-generate .ulist files, if you modify contents of a directory.

UNIGINE Enginehas been using in training and simulation field for several years, so we've decided to make our own simulation demo. At ITEC 2013 in Rome we showcased the preview of a new rescue helicopter simulation.

Features of the demo: 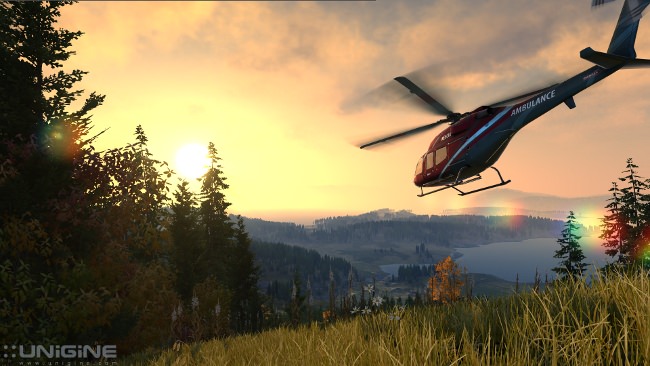 We'll publish the video teaser quite soon, so you'll be able to see the details.