Integration of Oculus Rift into UNIGINE Engine is completed, now you can navigate virtual worlds with increased immersion by means of AppOculus engine plugin (available for Windows, Linux and Mac). As you see, we are also preparing Oculus-compatible updates of Heaven and Valley benchmarks to be publicly released soon. 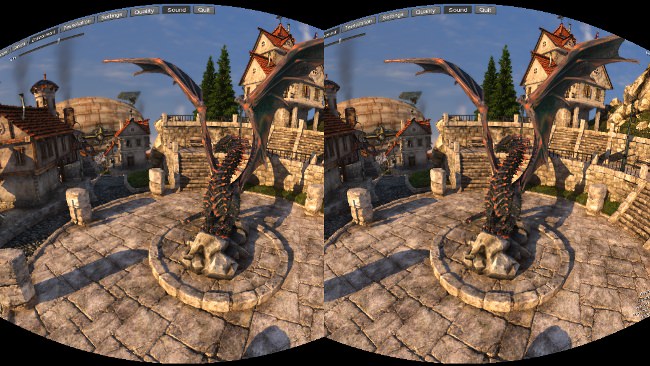 There are several types of decals available now: 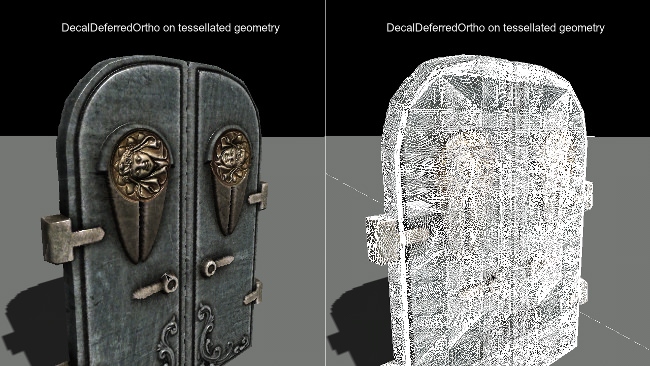 DecalObject* are old geometry decals. However, they can't be projected on GUI objects as before. Use rendering groups to hide large polygon offset side effects. These decals support decal_base material only.

DecalTerrain* decals are special decals for efficient projection on terrain with correct LOD transitions of vertices. A node of such type must be a child of an ObjectTerrain. These decals can handle complex material called decal_terrain_base similar to other terrain materials (masks, 4 detail diffuse/normal textures). They support decal_base (with support of parallax occlusion mapping) and decal_terrain_base materials.

DecalDeferred* nodes calculate decal position based on depth value from the deferred buffer. So there is no real geometry rendered at all, therefore from performance standpoint DecalDeferred* nodes are the best choice (though they don't support instancing, thus each decal costs at least a DIP). Moreover, these decals are compatible with hardware tessellation and terrain LOD transition. However, the scene must be divided into the rendering groups (up to four groups for opacity object and decals available) to prevent unnecessary deferred decals projection on geometry. These decals support decal_deferred_base material only.

Each decal has unique visible and fade distances for optimizations. Take a look into samples:data/samples/decals. 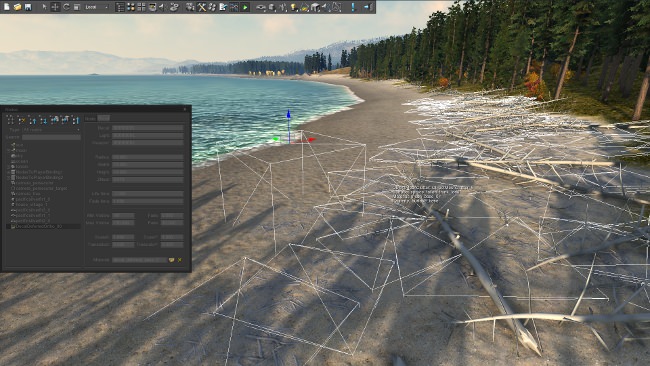 All calls of extern C++ functions or C++ object methods can be performed in asynchronious way via Async UnigineScript class now. For example, asynchronious network socket handling can be done this way: async.run(socket,"connect"); After that you can check status of the running function and get the return value somewhere else in the code.

Multiple asynchronious calls can be submitted into the same Async object instance. Each Async instance creates a working thread, so if you want to utilize all available CPU cores you need to create the same number of Async objects.

Take a look into the corresponding samples: data/samples/systems/async*

Due to incoplete support of WebGL standard by browsers at the moment, support of this platform is in the early alpha stage - you can use it on your own risk. Supported browsers are recent Chrome and Firefox only.