AppProjection is used to create multi-projector setups, that are commonly-used for virtual training and simulation systems. Due to edge blending and non-linear image mapping support, it is possible to create large curved displays covering 360 degrees, if required.

Settings for each projection (via Main menu -> Wall ->Projection) include:

Adjustable field of view and bezel compensation are also available. 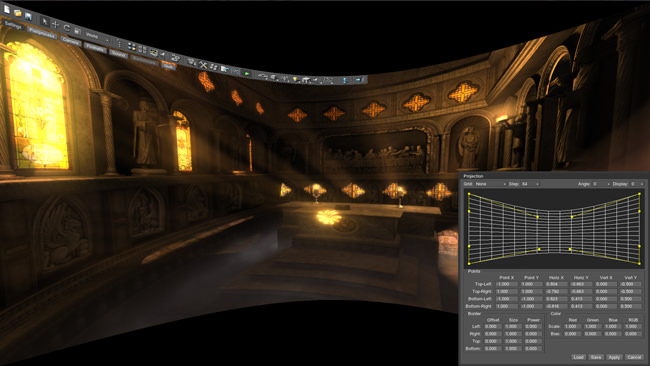 The number of displays in a row is controlled via -width CLI option. Set up configuration can be saved into a preset file (*.projection) to be loaded at any time.

Here is a three-projector setup in our studio. The size of this screen is 6x2 meters (suddenly there's not so much space left in the conference room). 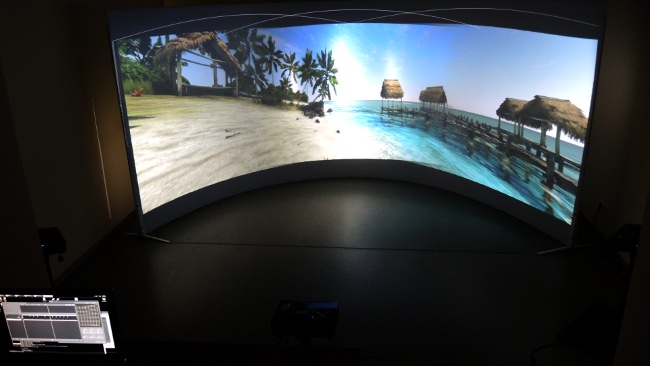 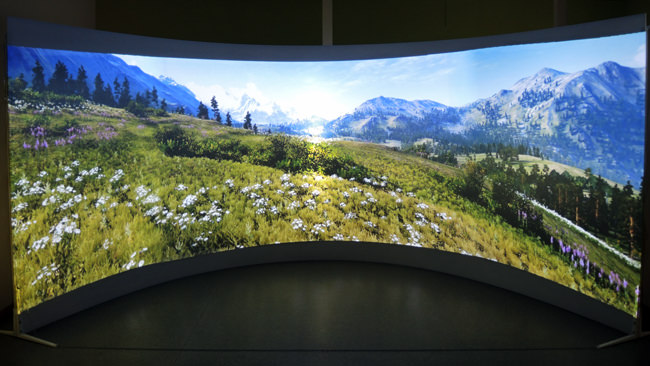 With a new AppPanorama plugin, it is possible to render impressive 180 degree panoramas in case extra-wide field of view is required. Unlike AppProjection, it is used across one screen only. It has three modes available via -mode CLI option passed on the start-up:

Curved panoramas of Valley and Heaven (be informed, can cause dizziness): 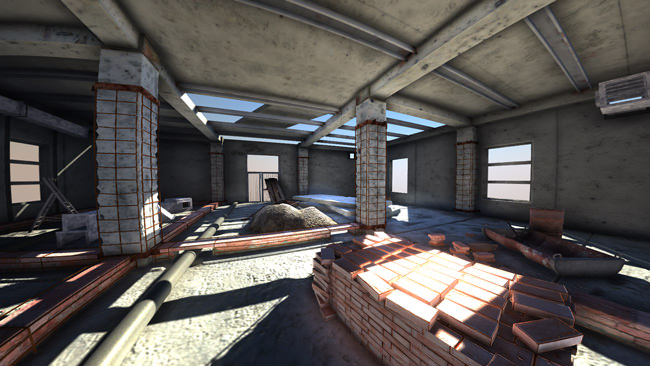 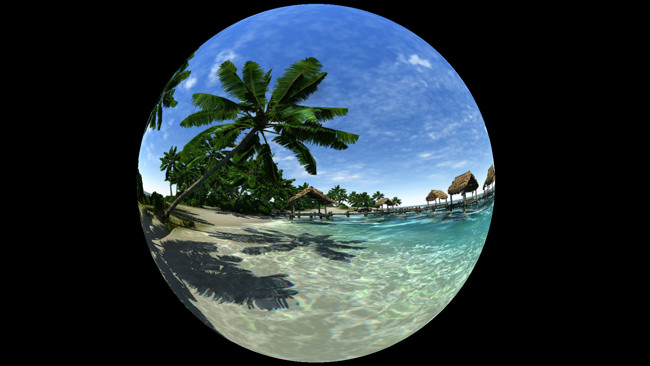 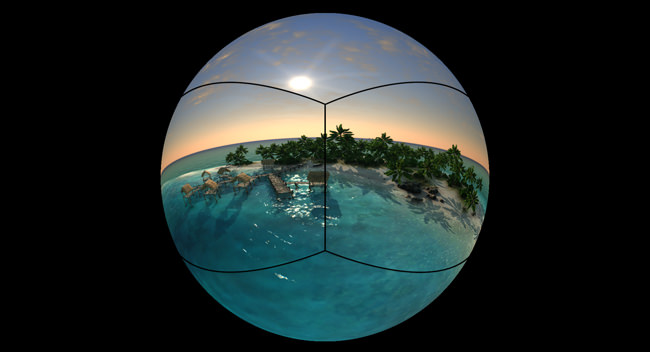 Now image resources can have smaller memory footprint due to ZLIB image compression. It is useful for images that cannot be compressed using quality-loss algorithms (DXT, JPG, etc.): e.g. GUI textures with thin lines that need to be rendered with pixel precision.

Both formats are supported in the ImageDDS tool.

An example of mesh-based particles: 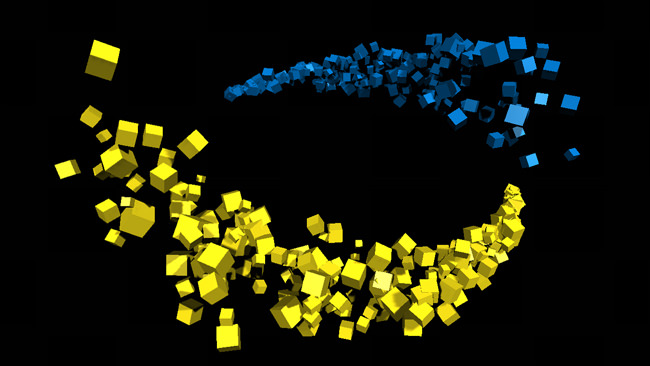 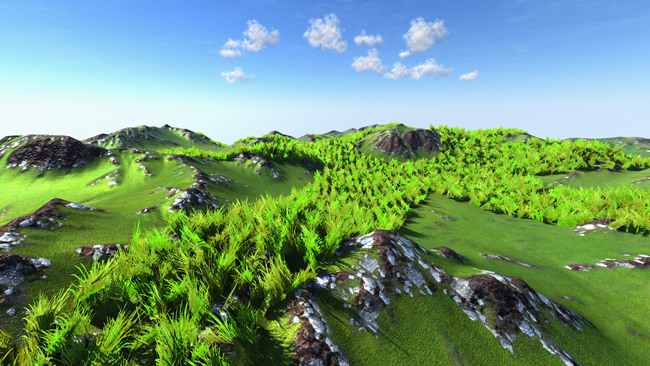 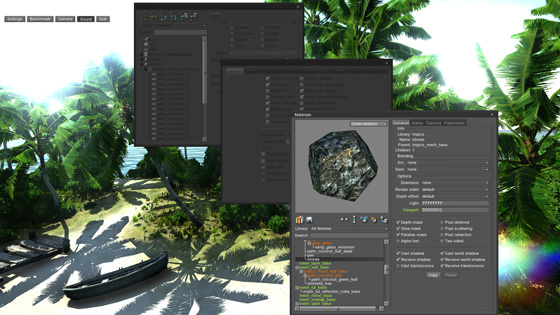 Snap to grid option for positioning ( Tools -> Common in UnigineEditor): 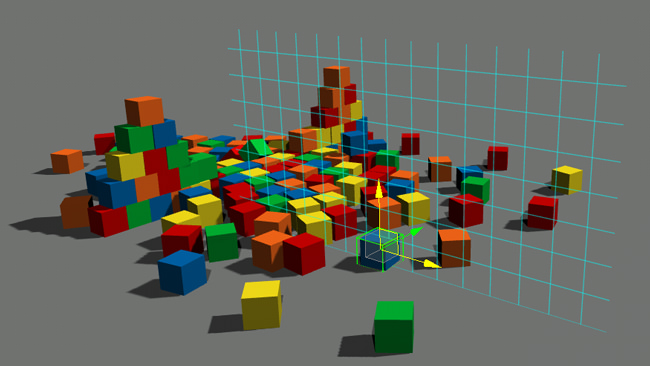 C++ API is extended to allow low-level, graphics API independent access to textures, shaders and states. Any post-process effect can now be implemented purely on C++ side.

Other C++ API changes are:

Added set/isFixed() flag to synchronize rendering FPS to the physics' one. Such FPS limitation allows to calculate physics each rendered frame (rather than interpolate it when this flag is set to 0). In this mode, there is no twitching of physical objects if they have non-linear velocities. (If the rendering FPS is lower than the physics one, this flag has no effect.)

From an SDK browser, it is now possible to conveniently create a new project. To start developing your Unigine-based application, choose a path to store files, project settings and hit Create new project button. 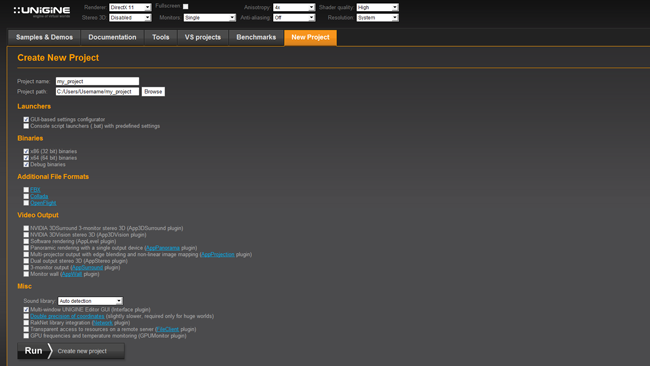 PS: The Android version of Oil Rush is finally available onGoogle Play! (For now, exclusively for Qualcomm chips: Adreno 225 or 320 GPU is required.) 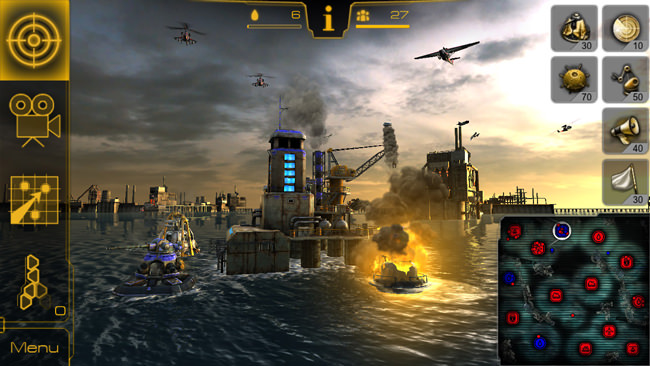 PPS: Oculus Rift support is on the way, it is already implemented and will be available for customers in the next SDK update in April.