The quality of SSDO is tremendously improved:

It is possible since SSDO is rendered in two separate passes: ambient occlusion (AO) and light occlusion (LO). You can choose to render only AO, only LO, or both at the same time by setting different values for render_occlusion console command. Check new AO and LO on samples samples/render/occlusion_00 andocclusion_01. 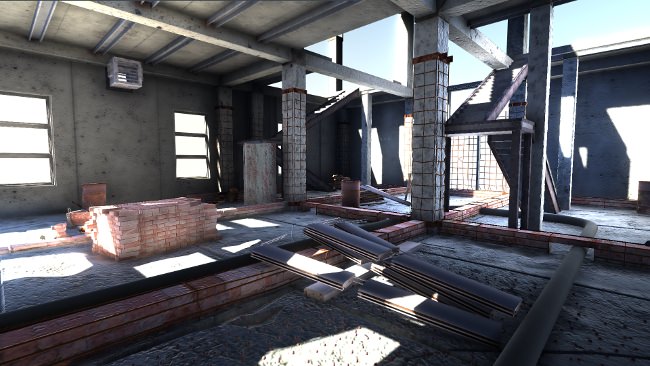 New COLLADA import plugin is a new and easy way to streamline your art pipeline, as it is available in a variety of 3D editors. You can load *.DAE files straight into Unigine with all materials, animations and it's not the end of the list. Conversion into a Unigine native format is done completely automatically. Simply load a file, check options and add art assets to the scene. Textures are also converted into Unigine-specific formats if Import textures option is used.

To load the Collada import plugin, specify -extern_plugin Collada option on the engine start-up. Load the interface for it via Tools -> Plugins -> Add and choosecore/editor/plugins/import/collada.cpp. 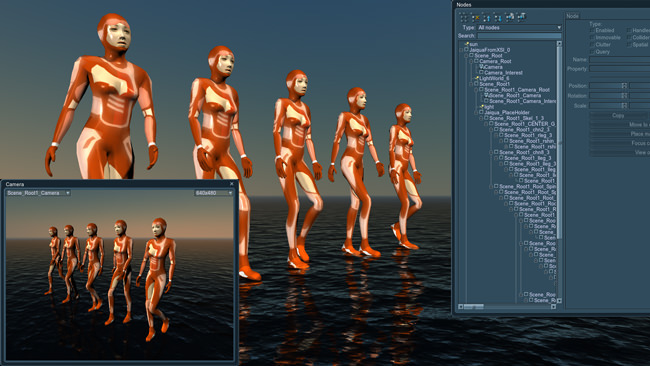 What can be exported from Collada? Everything you need to have! 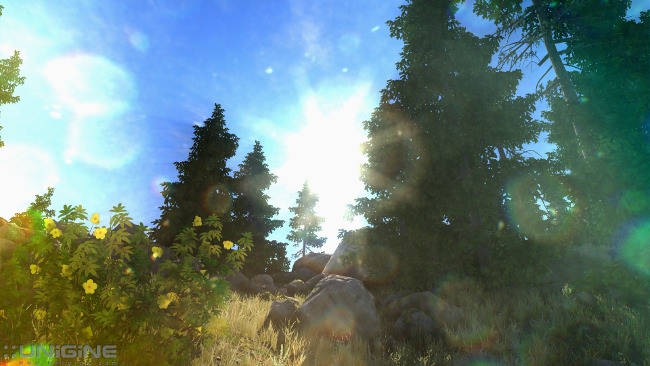 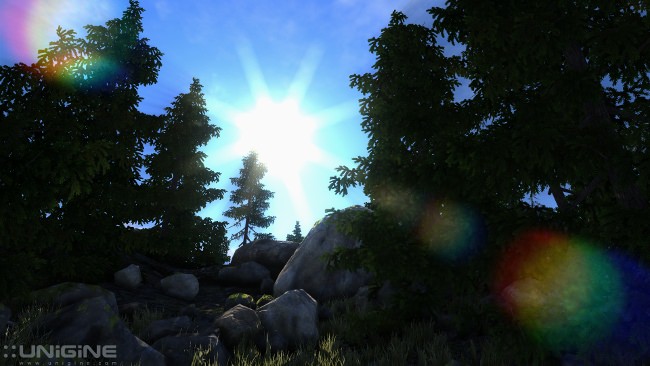 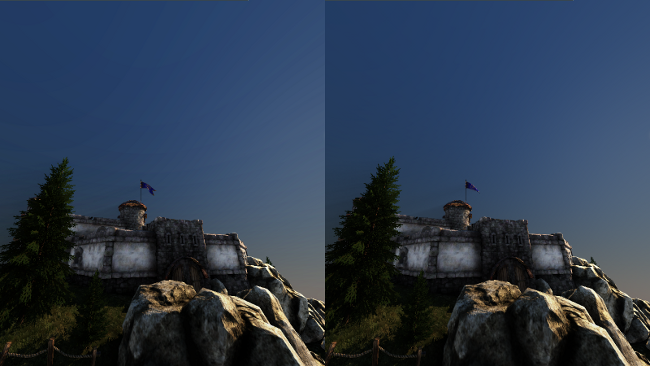 Now you can generate unique meshes for characters and equip them into different armor on the fly. Merge, split or morph static and skinned meshes when they are created in run-time.

Just like from scripts, now you have full control to modify ObjectMesh and ObjectMeshSkinned in run-time on their creation:

Other new API features are as follows:

P.S. Some of the core members of UNIGINE team will be attending I/ITSEC 2012 (December 3-6) in Orlando, Florida - the world's largest modeling, simulation and training conference. If you would like to meet with UNIGINE at I/ITSEC 2012, please feel to contact us at info@unigine.com.