A new, real-time global illumination based on precomputed spherical harmonics allows to render high-detail diffuse lighting with interreflections and angle-dependent specular highlights. It is fully interactive: soft environment light illuminates both static geometry in the scene and dynamic objects moving around it. 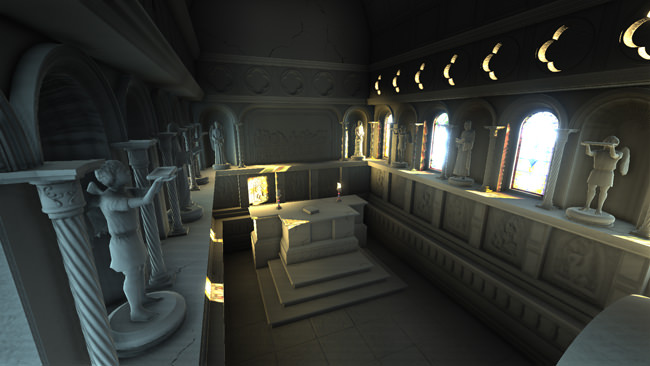 The stunning lightmap-like quality is achieved by using automatically generated LightProbs. With such precomputed lighting approach, you can have full control over general GI settings (via Render -> Parameters -> Global parameters) or fine-tune GI component intensity for each separate location.

As you can see, GI makes a huge difference: it brings a truly photorealistic visual quality to a scene. New samples with sun and local lights can be found under demos/gi/ directory. 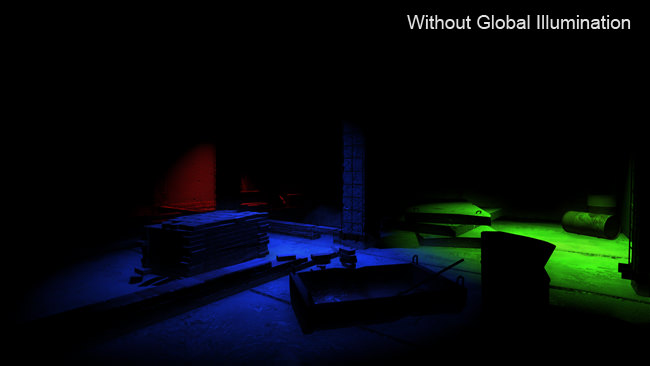 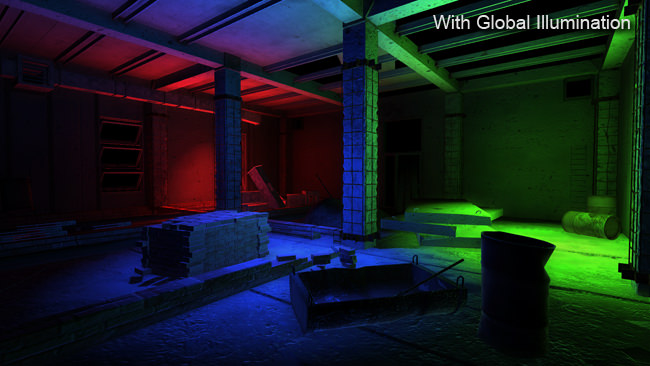 Interlaced stereo is used with interlaced monitors and polarized glasses.

And here is new mesh_wire_base material for thin lines and wires. 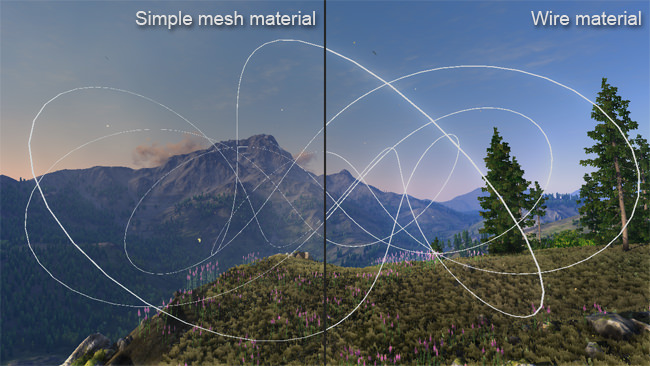 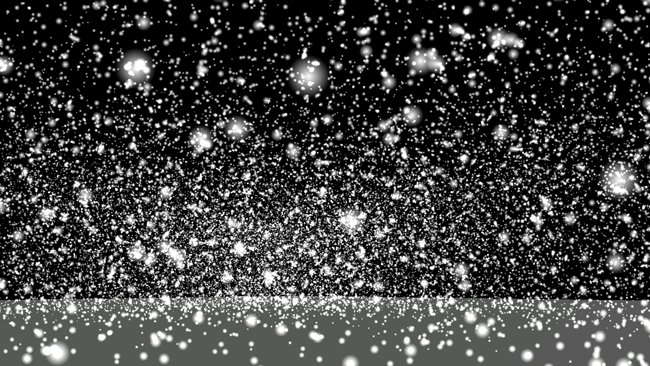 A custom set of reusable buttons can be created with ActionScript classes support.

Collada import is improved with the following features:

And there is more to come: Collada plugin will soon support import of materials, node hierarchy and animation.

PS: This update is surely rich on new features. So many changes in just a single month!