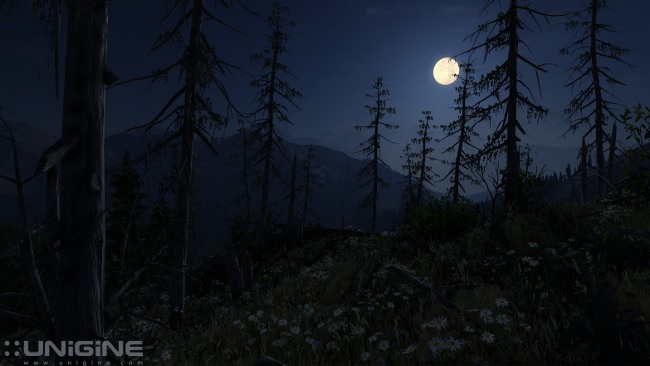 Tracker is a keyframe-based tool for creating sequences animated over time. It is used for adding dynamic gameplay elements or making in-game cinematic cutscenes. With Tracker you can: 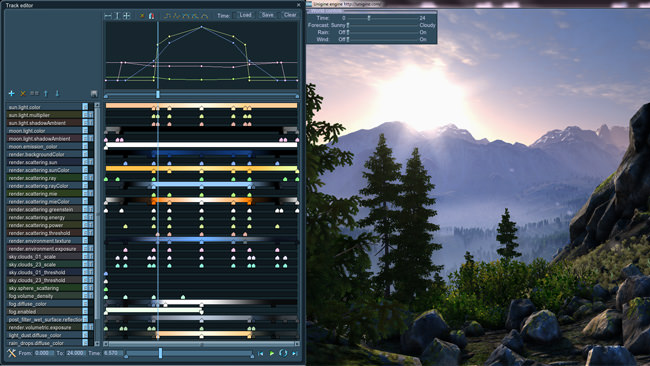 Moreover, Tracker interface supports for saving and loading of created tracks, custom loop ranges, key cloning and snapping, as well as playback speed control. After the node has been manipulated in the editor, creating a key is as easy as a single mouse click.

Valley is an interactive demo that demonstrates optimized rendering of terrain with landscapes varying from grassy vales to snowy mountains. It comes complete with various vegetation (trees, bushes, different plants, grass) and rocks on mountain sides. 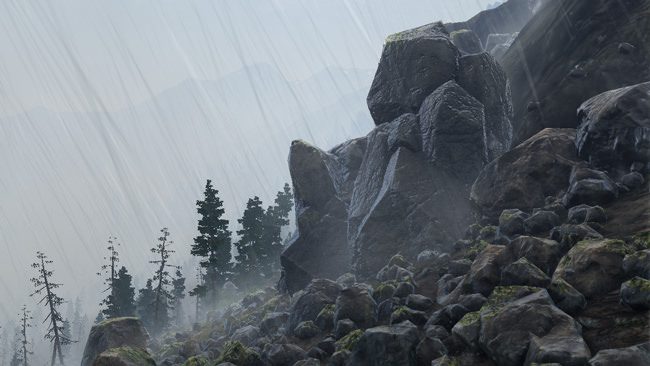 The preview is available for engine licensees only.

A Shooter project is a single-player first-person shooter that can be used to get your own prototype up and running extremely quickly. If features all aspects essential for this type of core mechanics, so you can focus on implementing and testing of custom features, as well as creating new game levels. A Shooter project can be found under data/prototypes/shooter folder.