Unigine-powered OilRush, a naval strategy game running on a Macbook: 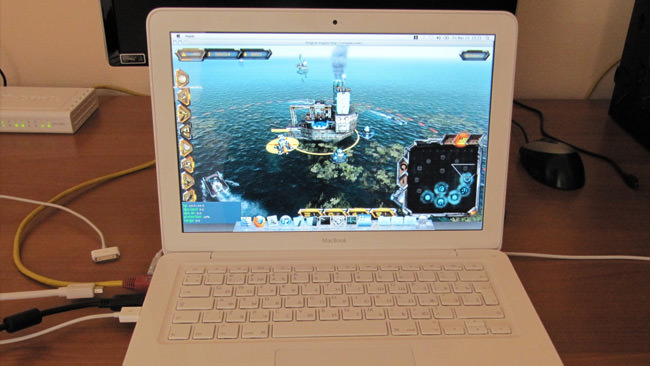 Unigine demos running on Mac OS X (one of the latest 13" Macbooks) and iOS (iPad): 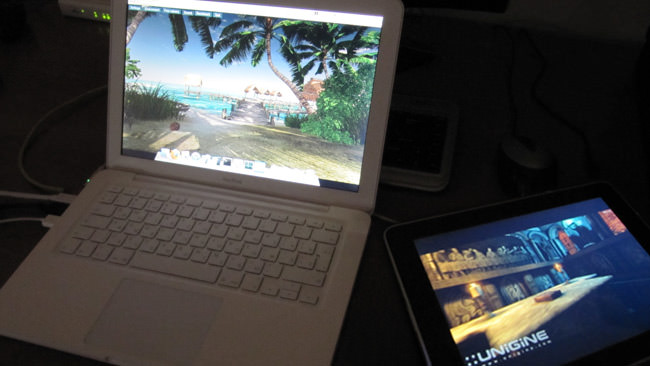 Hang on, the moment when both Mac OS X and iOS versions of Unigine will be available for licensing is coming very, very near.