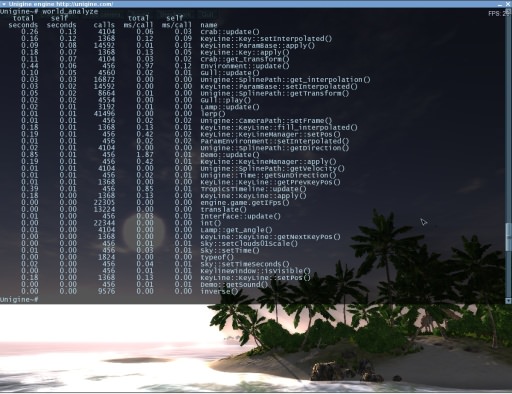 If you want to dump this output into a file, pass its name as an argument: "world_analyze logfile". The perfomance analyzer works only with debug builds. The following counters are available:

Output is sorted by "self seconds" field.

Updated grass can be seen in "Forest" demo, which is included into the Unigine SDK: 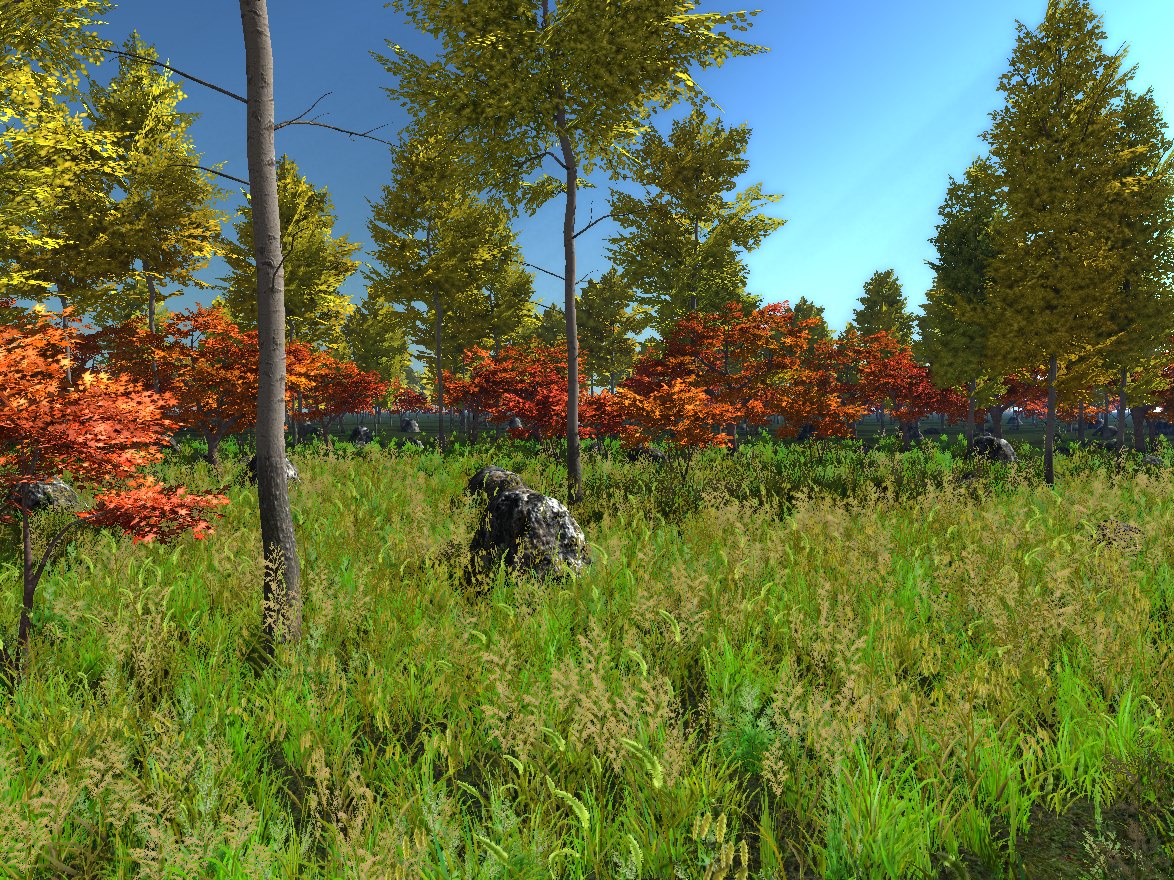 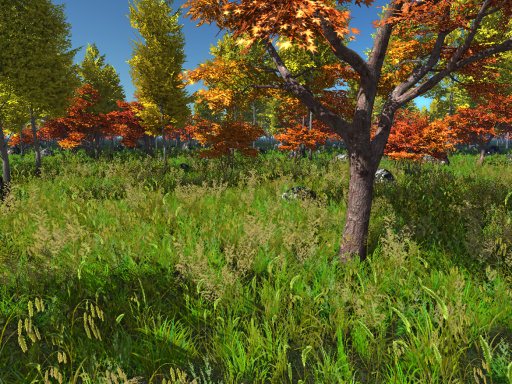 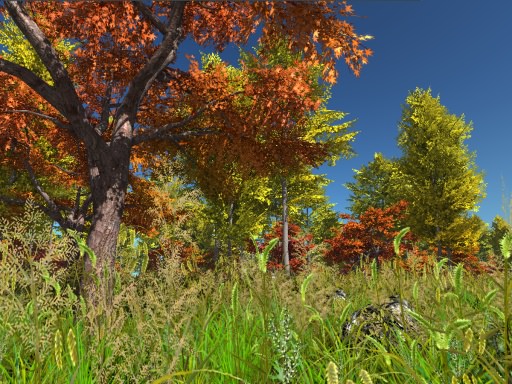 PS: There is also a component-based game framework almost ready, it will be soon delivered to our customers.

PPS: We have updated our public demos, Tropics 1.2 and Sanctuary 2.2 can bedownloaded from our website.