Some notes regarding LightProb: it's a special type of light source, which is based on baked spherical harmonics. They are intended to be used in large groups, providing some kind of global illumination. LightProb can have ellipsoid shape. Due to compact format (9 vec3 values per light) it's possible to bake series of presets for a light and interpolate between them, simulating dynamic change of environmental lighting. Objects are rendered without instancing in LightProb rendering pass.

Here is an example of different types of lighting baked into LightProb: 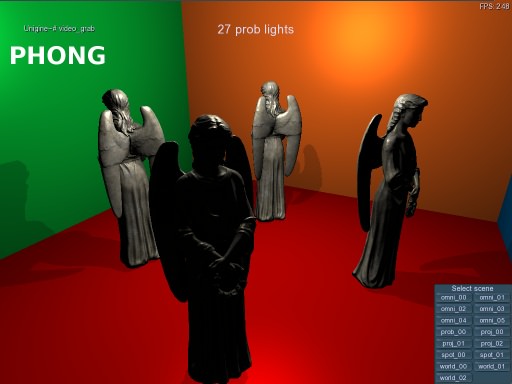 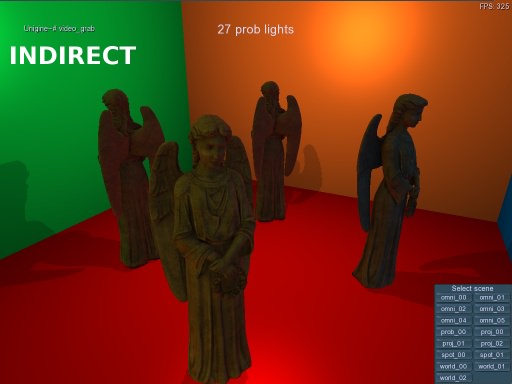 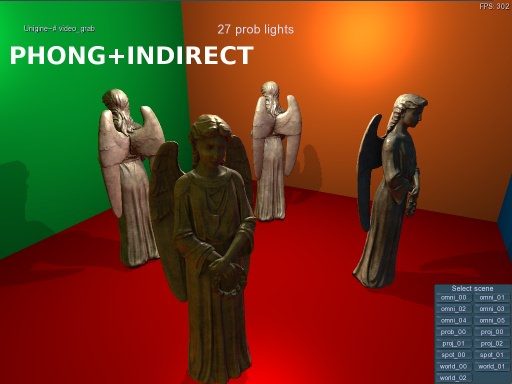 Due to severe changes in structure of the SDK, please uninstall previous version before switching to the current one. Don't forget to run new version of upgrade.py also to upgrade your data (see documentation for more details).

Next: Performance profiler for scripts, improved grass
Previous: Screenshots from our forthcoming game