No vertex cache optimization (overlapped regions are colored by red): 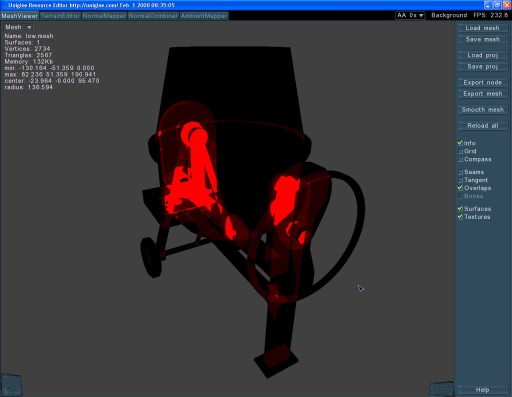 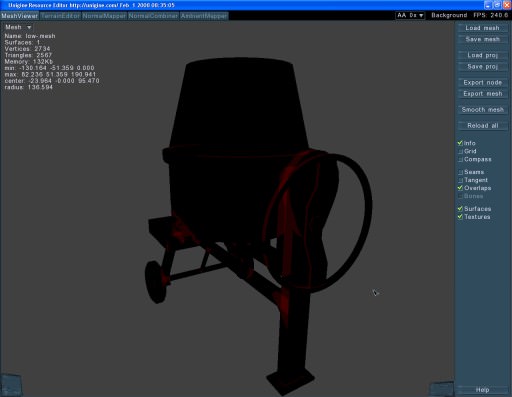 Thus we get less overdraw after optimization.

Now there are the following shader presets available:

By the way, there is very bad situation with biases on R600 / Direct3D10, their values are abnormally low. We are waiting for a responce from AMD drivers team now, hope this bug being fixed very soon.

Next: Joysticks support and some networking improvements
Previous: New shadows