Release of "Sanctuary" demo took a lot of our efforts, but it brought a lot of valuable feedback. Some major websites (including opengl.org anddevmaster.net) published news about our demo and it became a starting point to massive testing and discussions about our technologies on different websites. Results are the following:

Benchmarking results are the following (with default settings):

At the end of this devlog entry we would like to show you our new effects for vegetation. This is ordinary rendering of leafs: 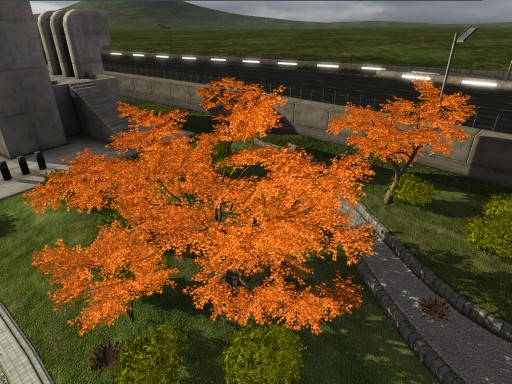 The same scene with 3D noise for leafs: 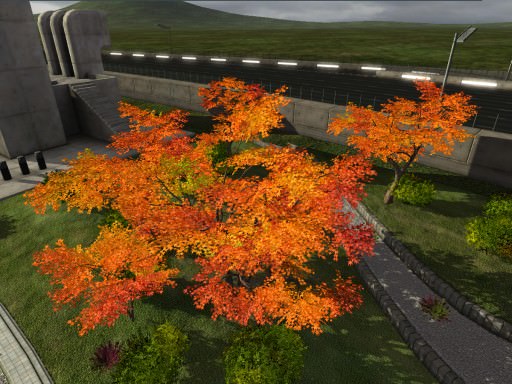 Some more news from our art department in conclusion: we aren't getting money for this, but here is a piece of advertisment: we bought all 4 DVDs of Arroway textures and they worth their price for 100%! Since we can't make photos of some materials we need, these textures is a big help for us.

Next: Node export and reference manual
Previous: Multithreaded physics, physics examples and bunch of other improvements