We are starting our public development log in order to give more information regarding Unigine v0.4. Here you will find our concerns, achievements and some exclusive screenshots from internal tech-demos. The devlog will be updated each 1-2 weeks, we suppose. You can subscribe to our RSS feed to track new entries. Well, let's start!

Changes for the last week:

Water looks even better than before, especially the coastline. It's a pity that we couldn't place screenshots in public domain because they contain test environment, which is subjected to NDA with our customers. Anyway we will add a lot of water into our forthcoming big demo, you'll see it later.

ObjectGUI looks very cool but sometimes we are afraid of its flexibility ourselves - for example, we've launched the world editor inside the ObjectGUI placed in 3D virtual world. A new experimental feature is GUI on an arbitrary curved surface, you can see it on the screenshot, it's really wicked. 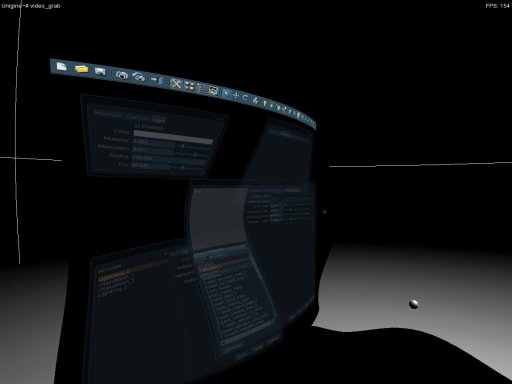 Guys from NVIDIA has finally fixed a minor bug in their drivers, which was submitted by Frustum a long time ago (there are 2 more unfixed bugs). We are still waiting for official release of Catalyst 6.10 from ATI, which will fix win32/OpenGL crashes with Unigine.

That's all for now, stay tuned.

Next: Two weeks of optimization